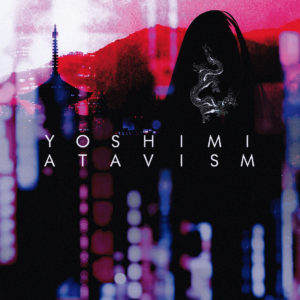 Yoshimi doesn’t see Tokyo in a positive or negative light — the producer just hears the city beat. Atavism is the follow-up to last year’s pulverizing Tokyo Restricted Area, a set gazing back on the capital’s ancient past — and summoning traditional Japanese instruments and singing styles — while also placing it into its claustrophobic present — the percussion and synths here pound away. Atavism continues this exploration, with songs such as “Mountain People” meshing what sound like recordings of Japanese folk singing up against rumbling beats, creating a tension between soft and loud that makes the track all the more absorbing. The album is billed as a “spiritual side of reality” highlighting a slightly less crushing side of the producer, it feels like that isn’t totally up to snuff. Yeah, “Old River” drifts on minimal synths and boasts a cinematic feel to it, which does reveal a new side to the project. But the songs that really stick with you are cuts such as “Possession And Occurring,” a blown-out rumbler holding nothing back. That’s Tokyo at its most visceral. Get it here, or listen below.