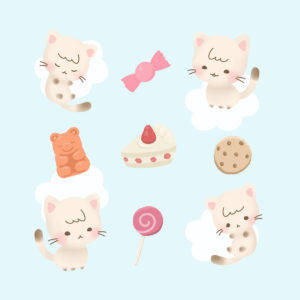 Yoshino Yoshikawa isn’t as interested in the cute side of Japanese music as he once was, but the producer does have a history of exploring the kawaii. The Cats EP collects songs centered around the titular, furry creature, which have been released primarily over SoundCloud over the last few years. And yeah…they all deal with cats, and on cuts such as “Les Chats” feature actual meow sounds. However, this set is also a set showcasing Yoshikawa’s sound, and how it has changed over the years….listening to “Dancing Cats” now reveals that the song, with its dramatic build and Vocaloid singing, hinted at where the producer would go with last year’s fantastic Event Horizon. It is far more than a cuddly curio collection. Get it here, or listen below.