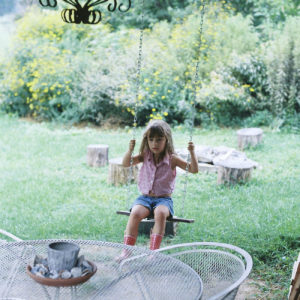 Twee-as-it-gets band Youthmemory return after almost a year away with April Kisses, a two song set of straight-ahead…but done so very well…indie-pop optimal for anyone who loves standing on their balcony during the afternoon and just stare off into the distance. The title track is the stunner, a driving guitar number with a hazy quality to it, the vocals slightly submerged and the whole number carrying a nostalgic vibe. “Starfall” adopts similar sounds, but moves just a little slower, lacking the immediacy of “April Kisses.” But that song is a must for fans of indie-pop. Listen below, or get it here.