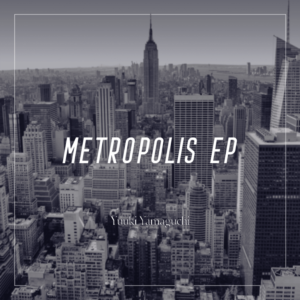 Metropolis is an exercise in rippling. Yuuki Yamaguchi — who has recorded as Yackle in the past — loops and skitters sounds over the course of the three songs here, the at-times suffocating feel of all these noises repeating replicating life in a big city. Singers appear across Metropolis, but Yamaguchi only concerns himself with syllables — even when words come through on opener “Ecosys” courtesy of Moemi, they sound like they’ve been sliced once and re-assembled, like they are held together by tape. It’s disorienting and giddy. Yamaguchi adds in more textural touches on the title track (which features…Yackle), such as water drops, iPhone sounds and assorted chimes, which add an extra layer to a song that often finds a female voice saying “die” (maybe “itai?”) over and over again over pulsing synthesizer and dense beats. Get it here, or listen below.