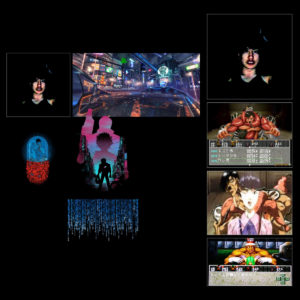 You don’t need me to tell you the state of media today often feel overwhelming. The Scary Moments series of albums from Wasabi Tapes feel like a nice sonic reflection of this phenomenon, and IV is a welcome addition to it. Like previous entries, it’s a collage set loaded up with video game splatter sounds, anime vocal snippets, nature sounds and more, meant to be at times disorienting, at times downright creepy and unsettling (and, during at least one part, to make you maybe think your computer is breaking). It’s an interesting listen, and one that basically gives you the feeling of…well, using the internet at this point…but what elevates it beyond simple experiment are the moments actual grooves, accidental or otherwise, creep in amongst the chaos. Get it here, or listen below.