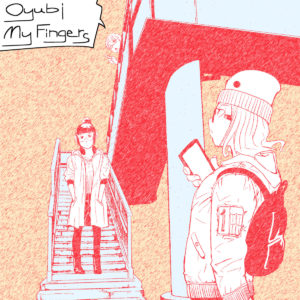 When the prologue to your album goes harder than most of the music I’ve heard so far in 2018, you know you’ve got something special. Tokyo-based producer Oyubi’s My Fingers stars with one of the more attention-grabbing tracks I’ve heard this year in the form of “Prologue 1,” a jittery juke number merging metallic popcorn bursts with these sweeping synthesizer lines, all pushed on by a steely beat. It generates incredible tension, and for something presented as table setting it really shines. The rest of the release builds on this initial intrigue well, highlighted by the maelstrom construction of “Ness!,” which does disorienting especially well, and the speedy “160rave.” The top three songs end up being the peak of My Fingers, as the rest of Oyubi’s tracks are a bit more conventional (albeit still solid), but that first run is among the year’s best. Get it here, or listen below.