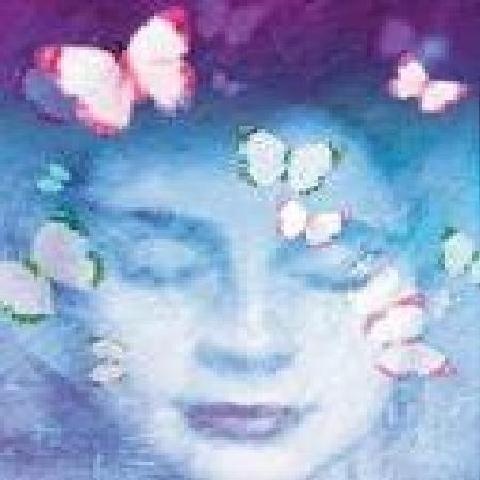 Osaka producer OMEGABOY has posted a steady stream of material since late last year, occupying a stylistic zone somewhere between hip-hop and traditional Chinese music, all dabbed in a lo-fi varnish resulting from his bedroom workspace. His best moments so far have been when he ventures beyond pure instrumental and tries crafting weirdo pop, adding his (manipulated) voice to the Famicom blur. Those instances, though, have been spread out between all sorts of instrumental work, which is often intriguing but lacks the double-take-inducing daring of his buffed out songs.

Now, OMEGABOY has found an outlet making the best use of his VHS-synths – he’s part of an Osaka band called TalkingCity1994, and they just released an EP called I Can Feel Your Soul that merges his electronic experimentations with a cast of guitars and drums that form a body around his work. The year in the group’s name is misleading – like a lot of home-recorded projects in Japan, this brings to mind the 80’s, and TalkingCity1994’s synth-heavy rock just dares you to compare it to John Maus. Soul lacks the sometimes aggravating pretension clogging up his albums, and one ups Maus by going for straight-ahead catchiness the majority of the time like on the melted-ice-cream groove of “Long Hot Summer Remembered.”

The band aspect of TalkingCity1994 serves as a sturdy fence for a group of musicians who, left alone, can sometimes drift off into the wild. The star here is OMEGABOY, his bright keyboards serving as this album’s feel-able soul. On his solo productions, his synth work could sometimes wander, but guided on by guitars and drums, those noises end up the highlights of this release. The synth line that shows up in “Living In The Heart Of The Monster” has probably appeared in OMEGABOY’s own work, but pushed on by TalkingCity1994’s party-time groove it suddenly sounds vital. The plinky “I’m Drinking Lemonade” lasts only around two minutes, but what OMEGABOY does with those Tibetan-mountain gusts of synth makes every second memorable.

What’ most exciting about TalkingCity1994 is that this is a group seemingly shaped by the sounds of modern Japan rather than overseas acts. Maus initially seems like a good comparision, but the strobe-light synths dancing over “Beginning Of The End” bring to mind The Brixton Academy, OMEGABOY wringing the same sort of ennui out of his electronics without the aid of singing. The entire Soul release sounds most touched by fellow Kansai outfit Hotel Mexico, down to the at times boombox-worthy recording quality. It’s a leap forward for OMEGABOY, but also a good sign for the Japanese music community. Get here, or listen below.