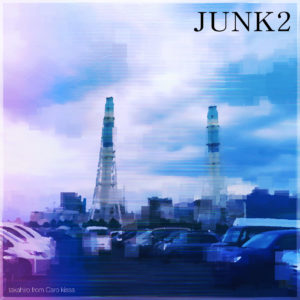 I’ll forever be charmed by indie-pop band members who have a side project where they create out-of-time music. I will sing the praises of lost Vaporwave masterpiece Spirited Summer until they rip this WordPress account away from me. Takahiro from the twee-leaning duo Caro Kissa has his own side hustle too, under the name…Takahiro From Caro Kissa. He creates music approaching lo-fi hip-hop beats…someone call that YouTube channel…and released his first collection, Junk, in August. It’s with Junk2 where Takahiro really hits on something interesting, though. While the general idea is the same, the creations here sound more faded, like they’ve been rescued from a bin somewhere. It makes the vocal samples on “Tell Me Girl” more tantalizing, and turns the piano melody on “Tooi Hi” distorted, giving the song a warped feel. It’s that feeling…of all these tracks feeling bent in some way…that make it a good listen. Get it here, or listen below.