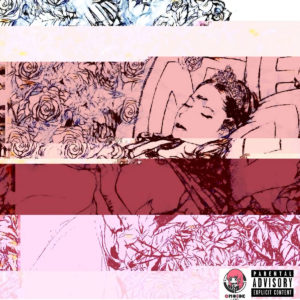 Rap from Asia feels like one of those constantly percolating trends in Western media, frequently written about but never going that next step…always stuck in “four artists ready to break!” lists territory. Japanese artists have been in the same cycle too (although probably less than other artists across the continent, which is a different conversation), and any focus they get tends to be on singles, some very deserving in their goofy fun. Yet most of the interesting developments in Japan are happening on an album level, or at least from artists who use full-lengths as a way to explore myriad ideas. Something something people still buy CDs here, but also rappers such as Punpee (with Modern Times, the Japanese album I’ve seen top the most domestic best-of lists) and Yurufuwa Gang scored critically celebrated releases last year which were all over the place musically. It extends to gleeful acts like Sushiboys and Sleet Mage. It’s resulting in a lot of interesting ideas all over the place.

Flux’s Rafflesia does something on the netlabel level. Put out by the ever-omnivorous Omoide Label, it finds rapper and trackmaker Flux bouncing off a variety of sounds, resulting in a release that almost feels like a survey of popular sounds in Japanese rap today. Flux’s decision to recruit a wide variety of beatmakers goes a long way here — it’s why you can get something like the plinky-plonky “Swim” leading into a trap rumbler mimicking American hip-hop in “You Can’t Kill Me.” Flux glides over all these backdrops, though some better than others — his voice works better on the softer numbers, such as the piano-guided “Call Me Baby” or the more abstract “Yumeyumeyume,” than the Atlanta-inspired material. But it’s the inclusion of those moments that makes Rafflesia work as an album, offering a snapshot of many different styles, and underlining the experimentation and ambition guiding a lot of this music forward. Get it here, or listen below.