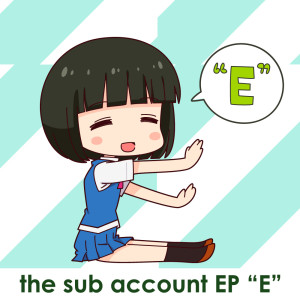 It has been ten years since the anime Eureka Seven came out, and The Sub Account has decided to remix four songs from the original soundtrack to celebrate. To match the times, they’ve pushed the tempo of each track up significantly, and the end result is a dizzying EP. It’s clear from the start, with a remix of Halcali’s “Tip Taps Tip” Jersey-ed up and turned into a stuttering fist pumper, and made even more clear when they flip the cheeseball rap of Home Made Kazoku into a similar high-energy thumper. Get it here, or listen below.

Meanwhile, Trekkie Trax member Masayoshi Iimori reworked a song from new idol-ish outfit Namakopuri. The original is alright — though it is starting to feel like everyone wants to be Dempagumi.inc, which is pretty lame (for everyone except Dempagumi, who are the best at being themselves) — but I’m partial to this remix, as Iimori pushes it to…Jersey Club territory. Here, you catch me in a trap, as I just lamented how every idol group in 2015 is biting Dempagumi, yet celebrating another remix of a song picking the pace up and adding “bed_spring.mp3” into the mix. It’s true, Jersey Club has been a go-to rework style for like two years now…and it still gets me fired up. So I’m sticking by that. Listen below.