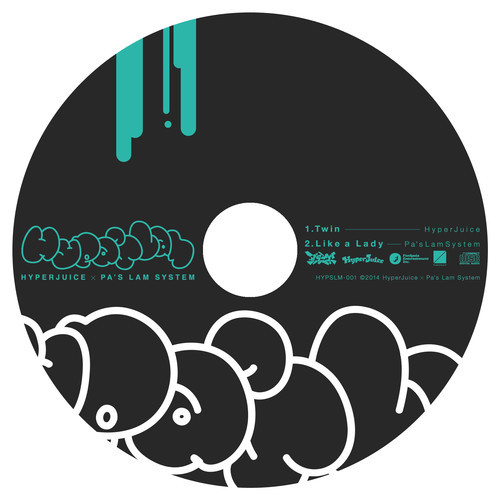 The one thing I can predict rather confidently is…when these two songs play live, they will slay. As someone who has spent a lot of time in 2014 staying at home and avoiding live music (I’m a fun guy!), I have devoted precious nights spent in to thinking back to recent highlights of when I did go out…and HyperJuice (collaboration between Fazerock and Hara) and Pa’s Lam System top the list. The prior, when I saw them, were proudly EDM, and put on a thundering set that embraced the often-times lunkheaded aspects of the genre…but was so fucking booming it was hard not to get swept up in it. Their contribution to the forthcoming Hypa’slam EP is “Twin,” and it isn’t quite as macho-shot as when I saw them…but it’s pretty darn close. It builds, and features a clear drop (one that plunges into a very-TNGHT pummel section), with various sounds added in to give it more oomph (a choir of “ehhs!,” a quick gasp, lasery synths). Listen below.

Pa’s Lam System…I mean, they are just masters of the ecstatic, of creating energy and then making it burst open like glowing confetti. If HyperJuice are about crushing the listener down, Pa’s Lam System aim for next-level joy. “Like A Lady” opens softly enough – gossamer synths and a little stardust – but then the beat gallops in and that Jersey-Club-inspired rise starts before plunging into the (first!) sweet spot, a hyper-charged dash featuring digitally blurred voices singing something about…”lady.” It doesn’t really matter, because those dissolve into half-second chirps. And that’s just before the second half, when Pa’s Lam System find another way to let go completely. Listen below.