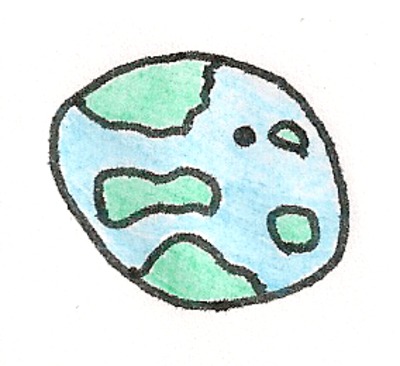 Kero Kero Bonito, despite the Japanese name, operates out of London which usually would mean they wouldn’t be appearing on a blog devoted to music in Japan. Yet Bonito have one ear turned to this side of the world, and not just as a way to come up with a good moniker. Last month, they “remixed” twee-crunk duo Love And Hate’s “Money.” I break out the air quotes because Bonito doesn’t just give the actual music of “Money” a new look – though the smooth-as-the-back-of-a-credit-card feel they conjure up is plenty nice – but really transforms the playful semi-hip-hop of Love And Hates into something new and better. Bonito’s “Money” works as a response to the original, the group adding original vocals about lacking the titular item and having a conversation with the snippets of Love And Hates throughout. It’s funny and affecting, a vast improvement over what stands as Love And Hate’s worst track thanks to it coming dangerously close to jokey rap stereotype.

Now Bonito has teamed up with Mayu Tanaka, a member of Japanese pop-leaning outfit Contrary Parade (here’s an example of what they do) for the original song “Ms. World,” a bouncy bit of electro-pop. The beat brings to mind the shinier material an act like Mimosa puts out, an electronic wave passing over authoritative hip-hop drums. The vocals contributed by Bonito’s vocalist aims for clever twists – “I’m so proud/of our country right now/as the whole world watches us jack off” brings to mind commentary of…royal wedding? Olympics? Riots? Downtown Abbey’s success?…while Tanaka’s contribution is just butter on top of an already lovely piece of toast. Whereas her singing in Contrary Parade veers towards J-Pop safe, here she is able to stretch out a little more and works as a lovely foil to the male singing. Listen below.