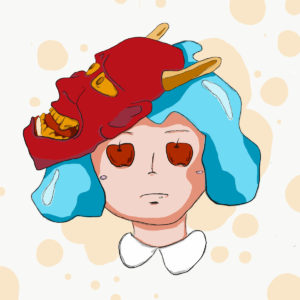 Kudo Kamome’s voice can turn even a jaunty tune into something concealing some unease. Her two 2018 releases wowed in how they shifted pop onto its side, taking the experimental energy of Japanese underground communities and seeing how that might sound against more accessible sounds. Almost a year since Apple Sleep, her voice plays a major role on Tokyo duo Cedrics Blackout, a rattling two-song set where her singing transforms beats into miniature haunted houses. She gives “Superstar” an unpredictable energy that amps up the trap-lite production — and really makes those whiny synth notes turn chilly — ending with her approaching a scream. “Rolling” even uses samples of her voice as a percussive base, before letting her enter to deliver her interpretation of a rap. Get it here, or listen below.