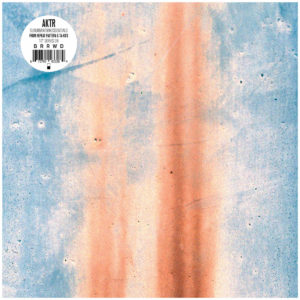 I’ve been thinking a lot about samples recently — mainly, the dilemma that so many artists stir up in me when they create songs that are just slightly edited versions of obscure tracks. On the one hand, it seems lazy and obscures the original. On the other…this has always been part of dance music, and it leads to a lot of younger folks learning about older artists, which is great.

Something that doesn’t leave me conflicted is ΔKTR’s suburbanfunkessentials, a set of quick-hit dance numbers built exclusively from samples, but structured in a way where you never have to let any of those moral quandaries into your noggin. That’s because the Yokohama producer uses seconds-worth of samples, slicing them up and rearranging them in such a way where they take on new meaning without losing the warmth. Opener “ihavenothing” reads like a lament, but on listening sounds far more sun-glazed, even if the only word repeated is “nothing.” And so it goes, ΔKTR constructing brief but blissful numbers from small snatches of samples, resulting in off-kilter cuts (“positive afterimage”) and hyper funky (“nextmovement”). At moments it teases vaporwave, but ultimately avoids cliche and just creates its own good-time vibe. Get it here, or listen below.