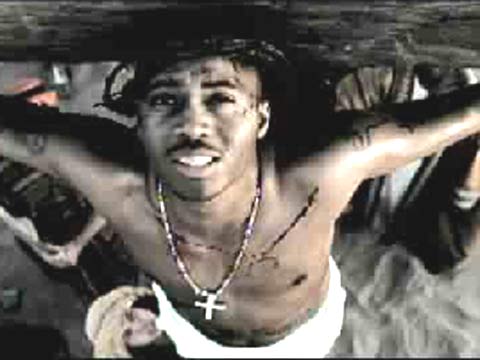 After reading this, I hope you’ll see why I think I need a small vacation.

Glancing back at recent entries into this series…collect ’em all by clickin’ the tag!…I’ve noticed a slight increase in overall negativity aimed at most of the tracks appearing on Music Station, one of my major sources of staying hip to mainstream J-Pop. Maybe Japanese pop stars are having a particularly depressing fall…who can blame this, the past three months have sucked big time…or I’m just being particularly critical of pop tunes as of late for no really good reason. So before I get into this Arashi review…a reminder that following mainstream J-Pop sometimes leads to really great discoveries and, if nothing else, offers an excellent look into the pop-culture landscape of Japan as a whole. I’m sometimes shocked by how few music writers reppin’ major publications in this country respect J-Pop…look, there is a lot of crap out there, but to be cynical TO THE WHOLE establishment while embracing a rockist mindset seems sorta off for someone writing about music in Japan. This stuff tells us a lot about this country, whether it be positive or negative.

All that said…I’m about ready to stop giving Arashi chances after “Hatenai Sora.” Seems this boy-band stumbled upon a formula really pulling in sick bank because they’ve gone and re-made THE SAME GOD DAMN UP-WITH-PEOPLE BULLSHIT again. “Hatenai” goes down the same Disney-animated path “To Be Free” and “Love Rainbow” and kinda “Dear Snow” though that still fairs better then this. Forget the formula? Arashi bring in some pianos and sing kinda sadly for a bit before slowly lifting up towards a cloud-parting chorus full of flocks of birds, sun rays and hoards of fans rushing to the nearest Aeon mall to buy this single plus a few more keychains covered in these dudes’ faces. Hell, this song might as well be a keychain or 8X10 glossy, less a single and more of an excuse to film ANOTHER video where the camera zooms in on every member as they make some goofy hand gestures as if they were conducting the sap orchestra behind them. Part of what makes this so aggravating is the fact Arashi strike me as the least offensive Johnny’s outfit going today – they’ve had solid singles as recently as the first quarter of this year. But they seemed to have abandoned that in favor of corn-ball structure that sounds the same from new track to new track.

Koda Kumi “BE MY BABY”

Whereas Arashi at least made some good music in the past…Koda Kumi everyone! Told ya I’ve been a dick as of recently. Last time we checked in with her she took a time out from her thumping, soulless pop to do a ballad. Whatever caused her to go and do that has passed, as she’s back to making the type of noisy squanking trying to be “hawt.” One new wrinkle though – Kumi tries to make her own Lady Gaga-esque song circa “Just Dance,” or at least a Ke$ha number. She calls upon backing number screaming “blog house lite” and proceeds to do her vocal thing over it, making sure to include some diversions into Autotune for good measure.

To be honest, “BE MY BABY” comes off as way more thought out than her previous singles – whereas those tracks fumbled around like shaved-dome Britney, this comes off like Paris Hilton, still a mess but one that knows exactly what it’s aiming for. Nothing great…and definitely outdated considering Gaga moved way away from this sorta sound months ago…but a tiny lurch forward for Koda Kumi.

1. It’s mostly just a “meh” folk-rock song scratching at ballad-dom via a continual lift and some violin.

2. But man, Yu Takahashi’s singing borders on the insane. At first he sounds a bit too nasally, but as the song goes on and keeps building upwards (the other great part of this track) he seems to get a little more loose, nearly falling into speak-sing as he speeds up and rises to match the generally surging sound. He’s like a dude possessed at times…and when he is this song becomes mesmerizing.

3. Cool visuals for the above live performance.

A prime example of Kana Nishino’s dominant style which can be summed up as “singing a ballad but trying to make it sound not like a ballad but…it’s a ballad.” “君って” might try to trick you with something resembling a beat at times, but the main noises you should note are the pianos and the strings and the other sugar-liquids drizzled over this. Nishino, to her credit, can carry a ballad so this whole thing comes off way less wince inducing than it should. Plus, even if the non-ballad touches fail to trick anyone, they at least add something different.

OK, on second thought, give Kana Nishino a medal. THIS right here screams big sappy ballad with nearly no redeeming qualities. I mean…this even comes saddled with a lazy “emotional” video about people dying and the huge revelation we all die. Did Ken Hirai not own a pet when he was young? Look, a sentiment like that can totally be delivered in powerful and interesting ways, but Hirai throws it at us via a package designed by a Hallmark intern.

Aight, as long as I’m reaching into my big bag of video hate today…enough with the five-minute clips about youth lost and remembering the baseball games of our youth. Maybe I’m just sick of nostalgia since so many musical acts all over the world tap into it so deeply, but either way a video like the above pops up about every month.

Kamiji Yusuke’s single treads along in semi-rap, reggae-influenced sunny pop made famous by Funky Monkey Babys. Yusuke, an actor most of his time, doesn’t add anything noteworthy to this mostly annoying sound, though after listening to the above ballad I’m more forgiving than usual. Save for the children singing late in the song…no way to pardon a move like that.

Winner Of The Week – Yu Takahashi because man his voice works some wonders. So…I’m gonna lie down for a bit and late all this anger go away OK?