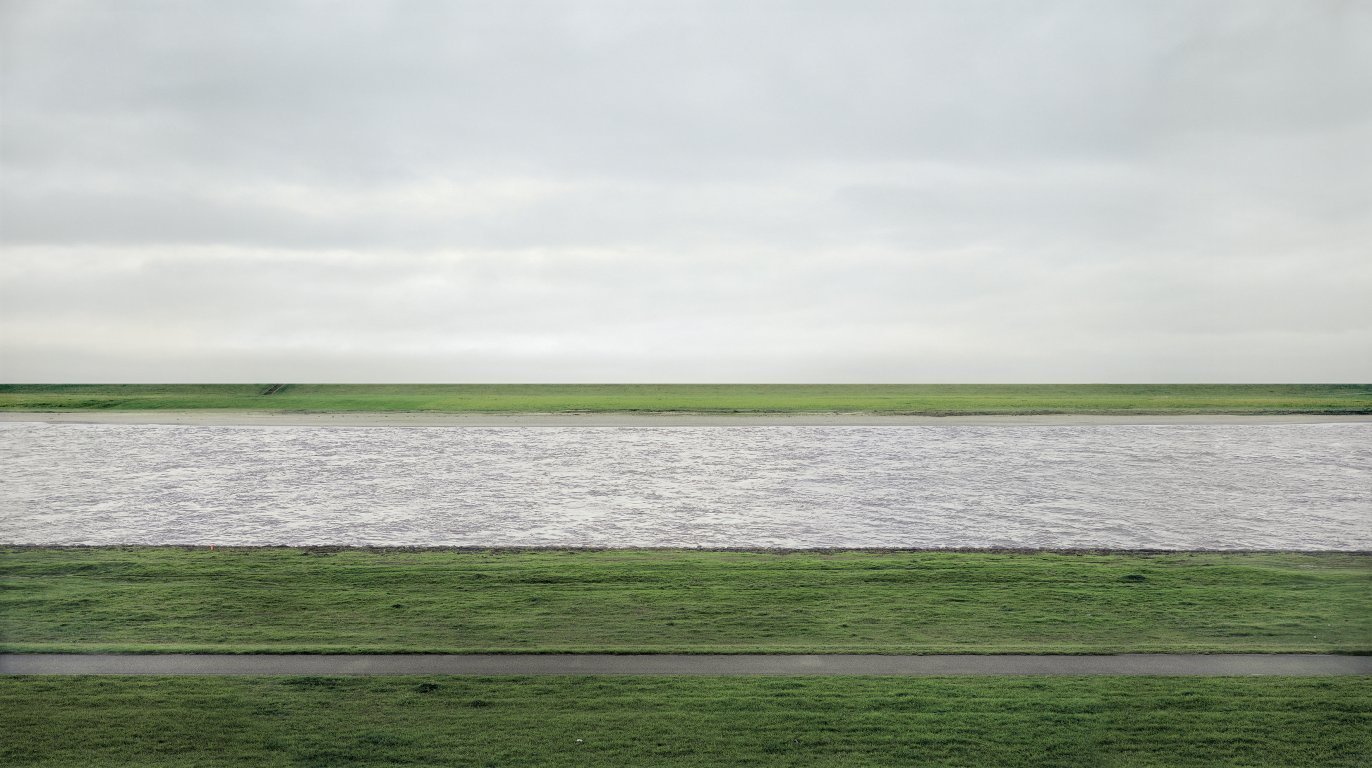 The world’s most expensive photograph, ya’ll. Over the past week I’ve seen a bunch of people guffawing at the price (completely fair) and buzzing off about how this isn’t art but rather a glorified Polaroid snap (wrong!). It’s a very pretty shot that also came in a pretty huge size, and seeing people be all “hurrrr I could have taken that with ma’ point and click” been sort of frustrating. It smacks of the same authenticity argument people make with music – that sounds made with “real” instruments (read: nothing more electronic than a guitar and MAYBE a keyboard) by “real” musicians deserve more praise than stuff put out by, say, pop stars and rappers (“hurrrr I could talk over a beat”). Which is really stupid, and same goes for calling “Rhein II” “just a photo.” It’s art, albeit art not remotely worth several houses.

Hmmmm, no good rip or video for this one. Off to a great start, yeah? If the above version…which might have been recorded on Mario Paint…holds any truth to it, this is probably an uninteresting ballad. Time will reveal all though.

The only way I would describe Ikimono-Gakari’s music as cinematic is in reference to the piddling, dentist tunes they play before the “coming attractions” segment fires up. The trio’s latest apparently appears in a movie based on the video in the above link, that or Ikimono-Gakari made a really elaborate video. Ultimately, it’s pretty telling that the above clip pushes dialogue from the film over the actual song, as if everyone involved the only reason this song exists is so it can be spliced into a ten-second version awaiting commercial use. Like most Ikimono-Gakari singles before it, this one flirts with good stuff – in particular, Kiyoe Yoshioka’s voice sounds great at times, dashing off suddenly just before the chorus kicks in like a particularly pretty hummingbird – but goes on way too long, reducing the good parts to rewound tape.

Movie looks kinda nice in an “I know exactly what will happen as I’ve seen many sports films before” kinda way. Unless it turns out like The Champ.

Goddamn, I am not talking about Sexy Zone’s music, not when these teenagers act and pose like they do. I draw the line somewhere gang.

This week, James Hadfield wondered aloud if Sexy Zone were the “most ridiculously named idol group ever?” The initial gut feeling would be “yes” because c’mon, Sexy Zone…but Japan has plenty of terribly named pop outfits, and not just in regards to spelling and capitalization. One would expect the Johnny’s stable to feature a few other band-name clunkers…but for the most part, the current roster escapes unscathed save for the nonsensical Kis-my-ft2. Yet the past hides terrible things – in 2006, the label featured something called KITTY Gym which just sounds like a bad Penn State joke in the making. The Johnny’s Jr. subdivision holds even more horrors – you can tell Hip Hop Jump sucks by that moniker alone, while Little Gangs sounds like the Muppet Babies tacking The Wire. I’m not even going near former outfit Tap Kids, c’mon.

Actually, the AKB48 sub-units give Johnny’s a run for their shit-coated money, with stuff like no3b (No Sleeves uhhhhhhhhhhhh) and Natto Angel. Heck, this next group has a pretty dumb name…

OK, I’m about to make a big, dumb statement I will probably regret in two weeks but here it goes…

I would take a thousand AKB48s over a single FUNKY MONKEY BABYS.

I think if you skip to around the 26-minute mark in the above clip you can hear this song. Let me assure you…it isn’t worth it.

Man, I’m all for traditional Japanese instruments sneaking into pop music, but when your song sounds vaguely like “Maru Maru Mori Mori” without the cuteness of child actors and talking dogs, you’ve done something terribly wrong.

Winner Of The Week – Now I’m listening to “Maru Maru Mori Mori”which easily best any of these songs.