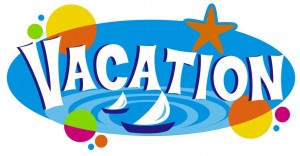 After missing Music Station last week (gasp!), I’m sad to announce this week’s edition will be rapid fire as I need to pack for a brief vacation. Sorry! But most of these songs speak for themselves.

At long long long last, one of 2012’s best pop songs is going to get a push in Japan. Trying to explain why “Call Me Maybe” sounds so great is like trying to breakdown why sunlight feels good or water is refreshing – it just…is. Yeah, a critical cop out, but “Call Me Maybe” is just insanely upbeat, a great beat that blows up come the chorus, as do the vocals and those keyboard-generated strings. Or how about how the guitar slides in during the second half of the chorus? That’s a great moment. “Call Me Maybe” is simplicity turned revelatory at its finest. One of the best songs of the year, and I hope Japan can embrace it too.

A shame that the above preview is all I can find – I’d love to spend more time reminding the world of how grating the Johnny’s music formula has become. Well, you can see KAT-TUN bowl above, that’s fun.

I don’t know much about Kishidan beyond the fact they boast a big retro image…and they performed with Momoiro Clover Z. That makes them cool in my book.

I like chocolate ice cream, but I don’t like this song. Weird how that happens. Negative points for having a goofy dumb video.

This format might suck…you see how I phoned in those last few posts?…but it does allow me an easy out when I run into a song like this. I can just go “lol ballad” and move on.

Sorta related – I feel since Perfume and Sakanaction’s last singles, nothing of interest has happened in the world of J-Pop. Anyone else feel like everything is moving super slow?

Once upon a time, SCANDAL was a really good band. Despite being a collection of high-school girls wearing their uniforms while playing guitar, the music this Osaka group released was really catchy, pop with a surprisingly sharp edge to it all. You should get your hands on the group’s first “best of” album SCANDAL BEST, as it is the one release from this group that approaches vital, gathering all of their best material in one place (especially the laid-back groove of “Koi Moyou“).

Soon the major labels came calling, though, and the story takes a bad turn. They became pop stars and…OK, hold on, let me qualify that. I don’t dislike SCANDAL now because they went from a group playing rock to a pop group who just hold guitars sometimes. That would be silly, authenticity is a bunk concept when it comes to the music business. I dislike this shift because their new songs suck. “Pin Heel Surfer” is rather joyless stuff…compare the string section here to the one in “Call Me Maybe,” and note how joyous one sounds and how the other is just there, hanging above the song like dollar-store tinsel. The chorus feels like an afterthought. Good for the members of SCANDAL for making it big, but gah what a waste of music.