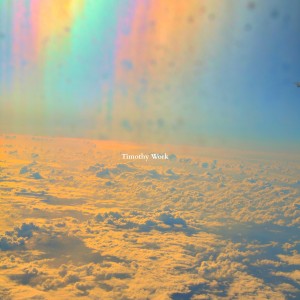 Timothy Work covers a lot of ground in just four songs on their self-titled debut EP that dropped back in the summer. Which actually makes it surprisingly easy to overlook – 2012 saw all sorts of acts treating genre cornerstones as something meant to be thrown around, acts like Moscow Club touching on fragile indie-pop and dance-floor-ready electro-pop all within one EP, or Taquwami’s always in-motion music. The Timothy Work EP was easy to lose track of then, as it doesn’t have any sort of grabbing theme but is rather just a solid collection of songs. Timothy Work opens with laid-back, minimalist electronics on “London Echoes,” it a swirling bit of work that sounds wholly different from the following “Waves (You Heard),” which finds the outfit crafting a delicate indie-pop song featuring a more mellow take on My Bloody Valentine’s guitar line from “When You Sleep.” Not all these looks work – the faux rapping (chipmunked, of all things) and laser-sound overdose of “Hollywood!” doesn’t really suit the group. The piano-driven pop of closer “Roll The Dice,” though, does – it’s the most promising cut here, complete with the catchiest chorus. Get it here.