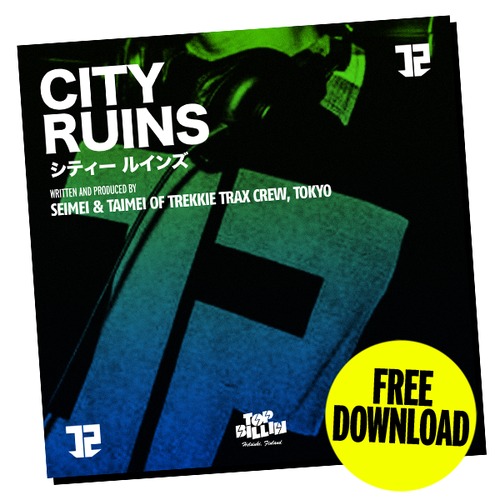 You don’t really need a reason to close out Sunday night with a big, ecstatic track…Monday morning looms near by, waving at you sarcastically as it prepares to just make you feel miserable when you get close enough…but this Sunday, of all Sundays, officially marks the end of Golden Week (“Golden Week” is more like it, since it was so goofy), meaning some people who have had like eight days off finally have to go back to the grind tomorrow. I did not have such a luxurious vacation, but I feel for those who did. So, let’s wrap it up with a straightforward banger courtesy of Seimei & Taimei, who created the hoppy “City Ruins” to serve as a bonus track for their new release with Top Billin.’ It isn’t a tricky number – a persistent beat prone to the skitters, a rubbery vocal sample and some glowed-up synths. What it lacks in daring, it makes up for by just being an assertive dance track. Listen below.