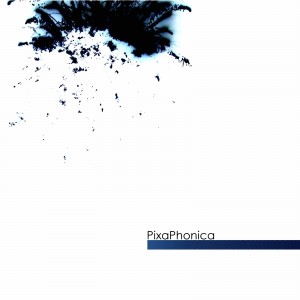 As mainstream Japanese music continues to revolve around only a handful of pop-leaning acts – the biggest sales all come courtesy of groups with a “48” in their name or a boy group from Johnny’s – underground artists who will never have a shot at breaking through into the Oricon world have turned to the compilation as a way of forging a new musical world. Internet-based compilations have been happening for quite some time, but they have become even more common over the past few months. It’s a way for like-minded artists (or labels) to come together and get attention. PixaPhonica #2, a comp highlighting great electronic music from across the country, is one of the best compilations to come out in 2013 so far.

It starts off with a guy who is familiar with these things – Kai Takahashi delivered one of the best songs on Ano(t)raks recent collection, and here he once again steals the show with the woozy “Magical Spells.” It’s a bit more swirling than “1980,” the noises hear a bit more random and free-floating than the structured groove of his indie-pop-leaning cuts. Yet it manages to be just as pretty, anchored by a simple but warm vocal sample. What follows “Magical Spells” also deserves attention: quenoirs imagines what brostep might sound like if inverted in on itself with “Felted Fabric,” which has the menacing drums of EDM but all the violence held back. Alecks does his best Friendzone impersonation on “EAUCL,” while Kansai’s Rapunzel8083 don’t let down (I don’t think they have yet) with “Adam,” which stitches together several older snippets into one coherent piece. “Adam” features clips of children talking, lending the song a nostalgic vibe, which is echoed by Miche’s “In My Old School.” That one opens with the sound of a Japanese school chime ringing off before turning into a contemplative piano number aided by electronic glitches, the overall effect being like flipping though old photos and having bits of memories rush by. PNDR PSLY, meanwhile, delivers a stunner all his own with “The Heavenly Bodies,” a almost-ten-minute drone number recalling the grand creations of Los Angeles’ Infinite Body. This compilation is stuffed with highlights – get it here. 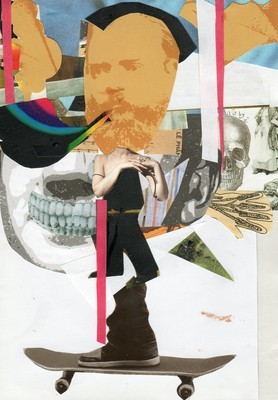 Rapunzel8083 is the sort of project that really fucks up all of your preconceptions about genres and scenes and trends, because what Rapunzel8083 exists outside of anything going on in Japan at the moment. The closest contingent I’d even dare drop Rapunzel8083 into would be INNIT, since both focus on bending the rules of electronic music into fascinating new styles.

Rapunzel8083’s shorter songs are plenty good and strange, but the project’s best ones are the ten-minute tracks that near the ten-minute mark. “Miró Jazz” is the latest entry in Rapunzel8083’s “jazz” series, and the best one yet. Turns out several of Rapunzel’s shorter beats released over the past month or so – including “Duet” among others – were parts of this song, each one a different segment. Holding the entire song together are samples of children talking…including, surprisingly enough, a snippet of the viral YouTube video “Charlie Bit My Finger – Again!”…which tie these otherwise surrealist passages together. At first, this sample-heavy approach brings to mind Los Angeles’ Baths…but nothing Baths has ever done sounds this epic, and I don’t mean in an Internet-age “oh this BLT is SOOOO EPIC” but rather like I’m climbing over a huge mountain.

The one common thread running through Rapunzel8083’s works is a love of art, specifically of painters. The last “jazz” entry was “Dalí Jazz,” and this one is in tribute to Joan Miró, famous for his surrealist images evoking childhood (which, hey, explains those samples). It’s this art connection that puts Rapunzel8083 on the outside of any scene going on right now in Japan (that I’m aware of), and it is very welcome. 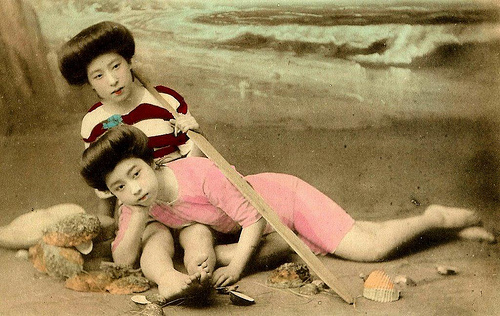 Here’s a new Make Believe Mix, highlighting some of our favorite music from July. Lot of variety this time around, ranging from the fidgety electronic sounds of Taquwami, the dreamy meditations of Elen Never Sleeps, the indie-pop stylings of BOYISH and The Paellas, and the surrealist whatever-you-call-it music of Rapunzel8083.

Below is a list of artists and songs appearing in this month’s mix, in chronological order. All artists featured gave me permission to include their music in this mix.

The Paellas “Following” – From the Following EP.

“Surreal” doesn’t even begin to describe it. “Dalí Jazz” signals a detour for beatmaker Rapunzel8083, who has recently been focused on making straightforward tracks. This latest song, though, is anything but straightforward – it’s nine minutes of discombobulated thoughts strung into one number, the sort of madness you’d expect from the dream logic of Un Chien Andalou. Listing the directions “Dalí Jazz” takes reads like an exercise in listing various musical genres – it jumps from 1920’s crooning to glitchy electronica/jazz to sad Spanish horn sounds to a fragile section that could have come from Camelot (the one with knights). Asking “why” seems a bit pointless, just sit back and go with it. Listen below.

This shouldn’t be so majestic – most of it is just the same beat repeating, and it lasts just over two minutes. It is, for the most part, not complex. But Rapunzel8083 hints at what’s coming from the start, how the beat and stray waves of synth are joined by trilling strings, which at first just add an air of refinement to the beat. Yet after about a minute, they go away for a few beats only to suddenly gush back as…something powerful. It’s a moment suited for a Terrence Malick movie, not a beat tape, and the fact it is a fleeting gesture of beauty, one that soon vanishes into the void, makes it even more poignant. Thankfully, the “play” button is right over there. Listen below.