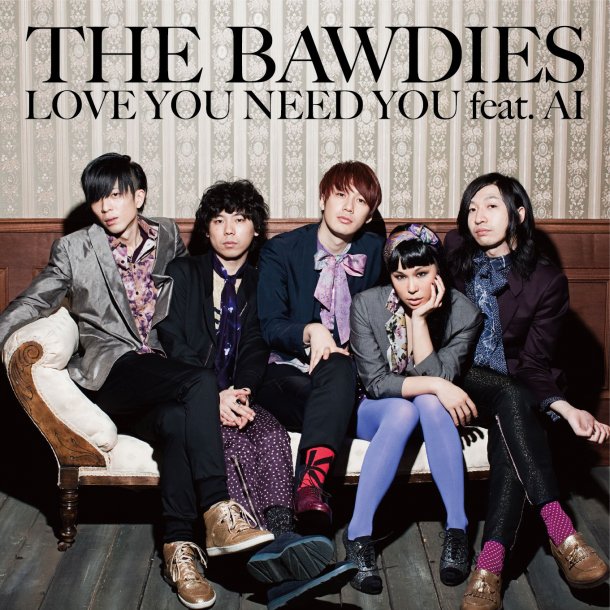 The Bawdies’ entire schtick isn’t particularly deep – they play “good ol’ fashioned rock ‘n’ roll,” the same sort of uncomplicated idea a Jack Daniel’s bottle would embrace. It’s all guitars, drums and dusty vocals, the product of listening to a lot of Rolling Stones’ LPs and having a research team aware that throwbacks sell. The Bawdies won’t be making any major stylistic shifts anytime soon (not until the market asks for it) so the biggest shock you can expect to hear on “LOVE YOU NEED YOU” is the addition of a guest singer. R&B-belter AI teams up with the group on this sunny does of lovey-dovey rock. Other than her addition (which, let’s also note, truly confirms how mainstream these guys have gotten, which isn’t a bad thing) and a slight embrace of honky-tonk swagger, this is a pretty straightforward Bawdies’ jam. And it’s sorta of forgettable.

The knee-jerk “must place blame NOW” reaction would be to point at AI for the general limpness of “LOVE YOU NEED YOU.” Yet she turns out to be one of the best aspects of this single, her voice strong enough to fit in amongst the cock rocking. Surprisingly, it ends up being Bawdie’s main singer Roy who brings this down. His trademark howl gave the group’s earlier singles an instant trademark and made The Bawdies one of the more bizarre acts to break into the kinda-mainstream. He’s reeled his voice in here, though, replacing the wildcard yelps with a bumpy low-key delivery that’s…just sorta weird. At times it sounds like he wants to erupt into his throat-heavy rumblin’, but realizes “oh yeah, this is the love song” and wimps out. Everything about this song says “Bawdies” even AI but the ultimate draw of this band gets toned down. As a result, it’s just sort of…meh.