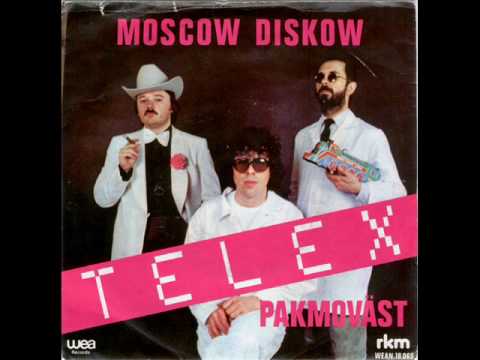 The recently cover-happy buzz band The Suzan continue tackling songs you’d think would be outside of their comfort zone with Telex’s “Discow Moscow.” OK, so that’s the lead and the technical news here, but honestly I’m more thrilled The Suzan did this because I had no idea who Telex were or what the heck “Discow Moscow” was except maybe a Cold-War era milk farm. Nope – they made stupid-cheesy Euro-disco complete with goofy videos full of trains and zero acting chops. Watch it below and wonder…did the right side really end up winning the Cold War?

Oh right, The Suzan. There take on “Discow Moscow” comes off as surprisingly honest to the original, moving mostly in the same mechanical-groove Telex shot for. They sing in English and drop the robo-voices for their chorus, but otherwise don’t rework the song like they did “Paranoid.” A giddy slice of disco courtesy of the LA Weekly, who don’t compare them to Shonen Knife! Just Cibo Matto. Almost there fellas.