Don’t let the apostrophe throw you off – today we focus on two acts on different sides of the globe named basically the same thing. Even if the two artists in question don’t have beef with one another…yet!…we should still attempt to clear this up to make life easier for people Googling one of these two acts. Let’s get into this. 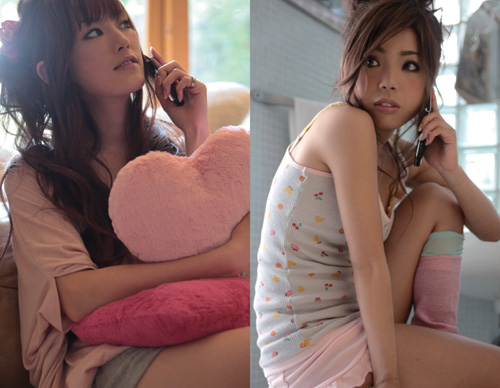 Also Known As: Mie (the singer) and Aila (the rapper), “little betray” hence the contracted name.

Summed Up: A pop duo formed in 2007 who first started making waves in 2008 when there song “Orange” became the new ending theme song for the popular anime Bleach. Later that year, they released their best known single “”Kimi ni Utatta Love Song” (see below) which ended up charting number one on the RIAJ’s monthly ringtone chart.

The duo have chugged on since, dropping two full-lengths that both charted within the top five of the Oricon album charts. Lil’B’s latest release was this year’s “Memory,” which you can listen to here.

Style: Very similar to rap-pop groups like Funky Monkey Babys and the like, Lil’B’s members split the difference between straight-ahead singing and rhyming. Mie tackles the traditional singing, often in a style worthy of being called “ballad worthy,” while Aila does the J-Pop rap thing. Their seem to exist two types of Lil’B tunes…the bright cheery ones and the singles using rapping as a mask to hide the fact it’s basically a slightly more peppy ballad. Like the below “Tsunaida Te.”

Pluses: At times, Lil’B can add a dose of energy sometimes lacking from the weird pop/rap hybrid Japan has embraced. “Orange,” while still sounding a little goofy and like it was made using a cell phone (more on that in a bit), at least bounces along with a lot of energy. And horns! Plus the chorus isn’t that regrettable.

Negatives: Honestly this all comes down to your tolerance for stuff like Funky Monkey Babys and the like…save for a few small exceptions, it shimmies in the exact same place that group and other rappy pop artists do. I don’t like it and I’ll leave it at that.

American Connection: Not much, save for serving as an interesting example of cultural differences. As mentioned above, the group’s “Kimi ni Utatta Love Song” charted at the top of a ringtone chart. Well, most of their singles have performed just as well in the realm of “I’m getting a call” music. Even “Orange,” the song I like best by them, sounds like it was maximized for cell phone usage, the instruments sounding sort of cheesy like they came from a MIDI crate. Compare this to what folks in America call (used to, does anyone use this term anymore?) “ringtone rap” and just note the difference. Japan likes their ringtone to be a bit more melodic and sweet, while Americans tend to lean towards slightly more loud stuff like “Yeah!” Small observation!

…And In This Corner… 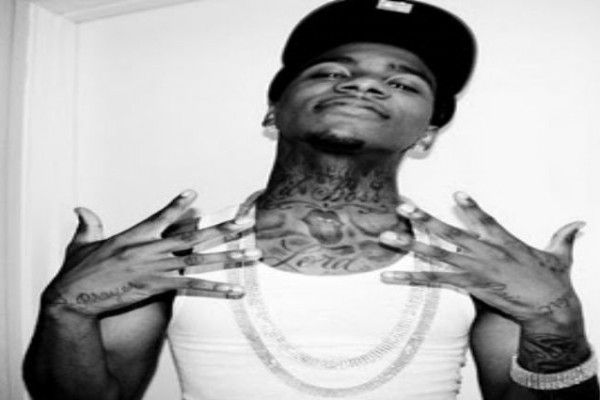 Also Known As: Brandon McCartney, The Based God.

Summed Up: Depending on what rap critics you talk to, either one of the most thrilling new faces on the Internet or the latest sign in the genres constantly-purported death. Lil B started off as a member of the rap group The Pack, who scored a minor hit in 2006 with the single/viral ad? “Vans.” Eventually he left The Pack to strike out on his own…becoming one of the most prolific rappers online today. He has released a lot of material through his YouTube channel, and boasts one of the most intimidating Twitter feeds around. He’s been the subject of a lot of rap blog think pieces and Pitchfork-leaning sites, but is far from a household name. He is signed to Soulja Boy Tell Em’s label, so keep an eye out.

Style: Woooo boy. Lil B often makes “based” raps, which can best be described as extreme stream of consciousness. He sometimes abandons rapping mid-song…or never even does that at all…to instead just talk over the beat or even just shout out words (my favorite instance – whenever he says the word “swag” over and over again). This “based” approach pretty much accounts for the mass amounts of music he’s put online, as Lil B seems to work under the idea that everything should be recorded, self-editing be damned. His beats also feature a similar all-over-the-place feel, as he goes from Gucci-Mane-esque ugly trap hits (see the sorta bizarre “Ellen Degeneris” below) to more spaced-out electronic stuff to rapping over Imogen Heap tunes. He even released an ambient rap album this year.

Pluses: When the dude focuses, he can make truly great rap. Check his best track “The Age Of Information,” which finds him nailing everything – a great beat, great flow coupled with surprisingly self-aware words, even the “based” ending works wonder. Lil B has a handful of awesome songs like this scattered across his various online locales.

Negatives: “Prolific” does not equal “consistent.” For every “The Age Of Information,” Lil B has about four misses which at their absolute worst find him being deliberately weird to get some blog attention. I mean…what else could an ambient rap album sound like but bad? It’s been skewered by critics (rightfully so). Digging through his online presence to find the best tracks isn’t easy…you gotta go through a lot. Oh, not to mention…this weird side also manifest itself in other ways. Like the time recently he threatened to “fuck” Kanye West “in the ass.”

Japanese Connection: Two songs I can find with “Japan” in the title, “Night In Japan” and “Sex In Japan” (see below). Coincidentally, these two songs highlight Lil B’s negatives pretty well…both songs feature very little proper rapping or even talking, instead being…well, quirky in the worst way possible. And not very fun to listen to.

Verdict: Lil’B mostly makes vanilla pop-rap meant to move ringtones. Lil B rarely makes anything you’d just call “middle of the road,” either hitting it out of the park or wiffing violently. But when the dude connects…it’s great. So slight edge to Lil B.