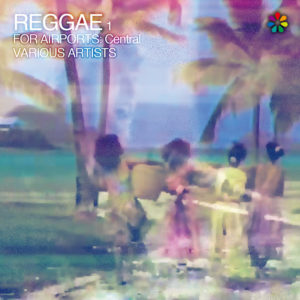 Future played her, like, 700 songs. It was four in the morning. Finally, I was like, Yo, G, I’m leaving unless you let me play her a song. So I played her a song. And she was like, This sounds like a reggae song at an airport. I was like, I’m gonna go kill myself.

This was the aggregated chunk of an interview with Diplo by GQ this past August, and it is one of the very first things you hear on Reggae For Airports: Central, one of two compilations released by New Masterpiece built around this on-the-nose critique. But it’s not a goof — while moments across these two albums can get funny, it’s really an excuse for artists to play around with an intriguing theme. Central feels the more literal of the two, with the duty-free bounce of Franz Snake’s “Airport Reggae Pt.1” and TEACHI’s chipper skip on “Welcome!” Both of those songs feature samples of planes and PA announcements you would hear in a terminal, giving a sense of space to these songs. Later numbers sound more faded (see CPA BOYZ contribution) or approach chillwave (Yasuhiro Mori’s “Islands”). Yet they all move at a pace that would sound good next to a Hudson News. Get it here, or listen below.

Pacific opens up a bit more while still going in on the reggae sound, starting with Tanaka Scat’s shimmering “Flight Connection” before touching on quicksand-speed meditations (Mendocci’s “SFO”) and sparse funk (Mattgerald’s “Perlucidus”). The reggae comes through strong, of course, highlighted by the bounce-by-way-of-Earthbound of Hi-Channel’s! “Cabin Class” to most surprising inclusion, producer i-fls turning his suburban sound into something a touch more island with “Friendly Limousine.” Get it here, or listen below.