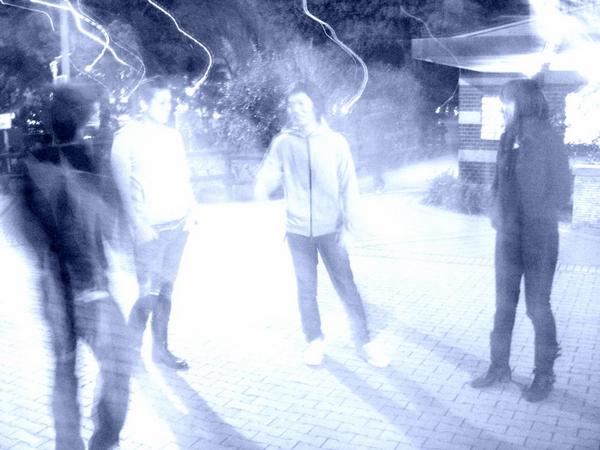 Neonrock’s “TV SON” initially sounds like factory work. Guided by a slick conveyor-belt of a guitar line, the group carefully adds instrumental touches like they are assembling a really nice car. Clappy drums, efficient bass and especially the vocals which come off as geekily manic, never spilling out but with all the contained spazz almost peaking out of the lead singer’s eyes – everything falls in almost too neatly on this song. Yet on repeated listens that craftsmanship really comes through, as this is the sort of post-punk song benefiting from dance-floor-like repetition, the Gang Of Four influence shining brightly through to an almost ridiculous degree. “No, 9 I Dream” gets a slight electronic bent, yet sticks to the same pattern with similarly rewarding results. I have no idea when Neonrocks posted these songs…could have been last week, could have been in 2009…but as the group themselves get across clearly, nothing wrong with digging up something (potentially) old and sharing it for all. Listen here.