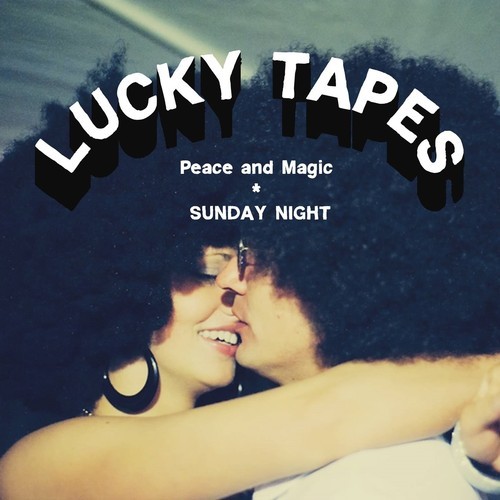 If one were to plot the sonic trajectory of Kai Takahashi on a big chart, he would be forever moving towards turning into pure Weather Channel soundtrack. He hasn’t reached that point yet, though, but he’s been getting smoother and smoother with each release…even his remixes of Parisian pop bands were smooth as heck. After playing a pivotal role in the breezy (but oftentimes melancholy) Slow Beach project last year, he has now teamed up with Keito Taguchi and Tsubasa Hamada to form Lucky Tapes, his smoothest sounding project yet. That’s clearest on “Peace And Magic,” a slice of lounge-ready funk that finds Takahashi delivering his best Rhye impersonation. I’m not sure how many adjectives there are to say that this is relaxed as heck…but it is.

The easy-breezy vibe is fine, but when Lucky Tapes add in some dancefloor-moves to their sound, it gets a lot better. “Sunday Night’s” backbone is a sample, but from that the trio spin into a bouncy, horn-filled (!!!) number. It’s a slinky affair, one with a great amount of pop that hints at how good this team-up could be.