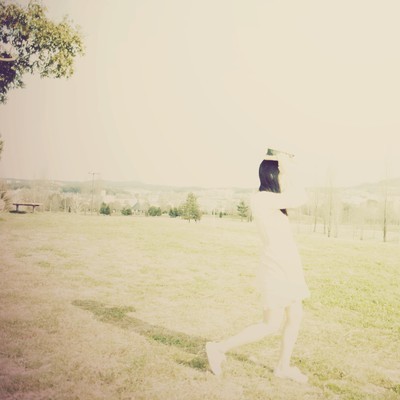 “In all honesty, its about time the rock kids got their forward-looking tear-it-up moment: the indie world of the past decade has been far too content to strum its way comfortably along, going nowhere. But one side deserves the other, and there’s every chance that during the next few years we’ll need more of that homespun pop– not professional bedwetters like the Decemberists, but more of that proud, decentralized underground. If you’re young and starry-eyed, here’s your chance to get in ahead of the game: Grab a cheap guitar or a cheap keyboard, a four-track or a boombox, and make what you can. Someone, somewhere, will love you for it.”

Looks like a bunch of Japanese kids took Abebe’s advice. This year is shaping up to be the year indie-pop music sprung up all over Japan, from Tokyo to Osaka with all sorts of home-sprung twee projects popping up every week. This last week, I’ve stumbled across three, with a little help from Gay Vegan Vinyl Cassette. Osaka’s Juvenile Juvenile further confirms what fellow Osaka outfit Wallflower kicked off – that The Pains Of Being Pure At Heart might be one of the most important bands in terms of getting this new wave of indie-pop rolling. “The Picture” darts ahead on the same feedback-glazed guitars The Pains rely on, while the singing sound like someone studied every vocal detail of The Pains’ debut. A little better is the afternoon sunburn of “Wish You Were My Song,” which moves a little slower and with a little more twee-appropriate mope. And peep that guitar solo!

Osaka seems to be the center of this twee revival, as the dreamier Swahilli Words also call that place home. “You Came Back Again” lacks the sunny-day bop found even in Juvenile Juvenile’s sadder song, instead opting for frowny-face looking back soundtracked by a gentle beat, some sparse guitar and some keyboard plinking. For those who want to look out a dew-stained window and think about women you’ve never talked to.

Last, Radio Friends from Niigata. Of these three bands, they bend closest to the strand of 80’s UK twee that set the stage for the American indie-pop scene of the early 90’s. Which is to say, Radio Friends could have been on that fabled C86 tape that set everything in motion with a jaunty number like “Sometimes.”

email
← Movements In The Dark: Sleepy Tokyo
New Cloudy Busey: “Who Says They Love You” →