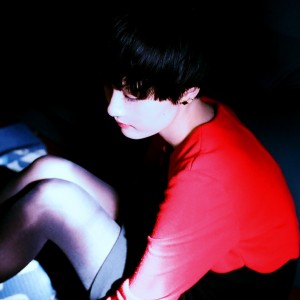 There are a few new few twists to be found over at Ano(t)raks, the online label specializing in Japanese indie-pop. The Upwards And Onwards EP, the follow-up compilation to last year’s excellent Soon collection, features sounds just outside of the collective’s usual twee leanings. Tokyo’s Canopies And Drapes shows up with her bouncy, Night On The Galactic Railroad referencing “G&C – Giovanni And Campanella,” and that’s followed up by the electro funk of Kai Takahashi’s “1980.” Soft As Snow But Warm Inside make great use of space on the slow-moving “When The Nightmare Ends,” while the biggest eye-opener (and the best song on the album) comes from Fukuoka’s JAM The MOD, who deliver a showstopper with the eight-minute-long “2nd Rainbows.” It’s a superbly paced song, going from twinkling passages to moments punctured by harsh guitar. JAM The MOD – probably the new band of 2013 to keep the closest eye on.

But this is still an Ano(t)raks’ comp, and that means a lot of excellent indie-pop along the new wrinkles. The names should be familiar by now if you’ve kept an eye on the Japanese indie scene over the last year – Boyish, The Paellas, Foodie, Post Modern Team (whose “Someday” is especially strong among these tracks, deserves to be put up with “Never Let You Down” and “Heartbreak”). The pleasant surprises – The Ship’s skippy “Her Secret” and, less of a surprise but among the best things they’ve ever released, The Vanities’ “Gabriel’s Blue Hat.” Download here, worth every second.