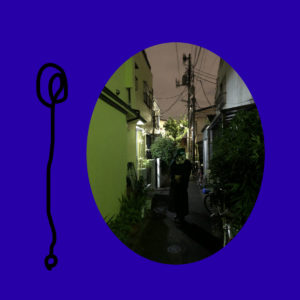 The smallest alteration can create a significant ripple in Emamouse’s world. Much of the sonic architecture found on Floating Wide Luffa feels familiar — synthesizer melodies stumble about on songs such as “Matsuri No Yoko No Ie” and “Fusen No Makoto,” while Emamouse’s own vocals still sound as wonderfully wonky as ever, especially when sampled and manipulated into a steady stream of syllable rain on “A Flowery Cocoon.” Yet they also bring the guitar in more across this album, and this decision lends some of Luffa’s best songs a more intimate air, even the ones still playing out like a parallel dimension carnival. Yet they also construct the aching “Tori Ni Naatara,” which features no electronics, instead favoring acoustic guitar strums and some singing. The album isn’t quite “Emamouse Goes Acoustic,” but features moments like this that reveal new corners to their world. Get it here, or listen below.

Duo ELLEH have flirted with just-before-dawn sadness and even brushed up against joy, but latest song “I Think The World Of You” finds them exploring something far more menacing. The actual lyrical content doesn’t convey this on its own — it’s a reflection on a relationship of some sort now lost, with references to youth captured in now-far-gone photo booths. Yet the music — featuring uneasy bass and enough space to make every detail sink in– coupled with a vocal delivery sometimes tipping over into whispers. The end result is something where ELLEH’s “sad boy disco” turns a bit more intimidating, though the emotion still comes through. Still, when that final stretch comes in and backing vocals sneak in to add extra lift, a familiar brightness creeps in. Listen above.

Update: Some more context via the ELLEH Facebook page:

I lost my dad last year while I was finishing the album. He was perfectly healthy. No one, especially he, did not see that coming.

There was a phrase I could never say to him because I was too proud and too shy. And I am Japanese. We hardly say such things. It’s too heavy.

That is why I thought “I think the world of you” capture perfectly what I wanted to say to pay tribute to my unsung hero. 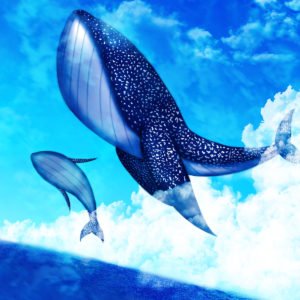 One of the big drawbacks of my recent hiatus from blogging was missing out on Omoide Label’s latest crop of releases. Surprise — the netlabel kept on hitting their stride, with joyful squiggle outs followed by madcap dance and then stuffed-tight compilations. The Indigo EP serves as a good point to jump back in, though, as it offers something that I can’t remember Omoide putting out before. Kaku No User imagines shoegaze music through a digital kaleidoscope, matching guitar with chirpy synthesizer melodies and filtered singing on the title track, and slowing things down on the woozier “Lines.” It’s something familiar, but approached from an offbeat angle…which is a good summary of Omoide Label in general. Get it here, or listen below. 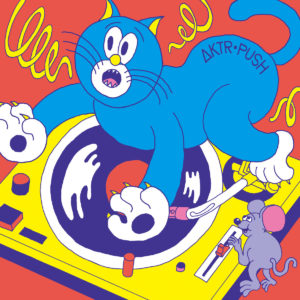 ΔKTR makes beats that feel like they are tripping over themselves, but manage to vaudeville themselves into something smooth. It has always been a winning approach, but feels even more welcome when so much music —- even songs with actual singing instead of sliced-up found sounds — aims for the background. Push reminds that the easy going can still offer something challenging, as ΔKTR let’s his bunches of funk and dance samples play out however he wants, even if that means moments resulting in friction. Voices cut out on the otherwise silky “Give It Up My Friend,” and the New Jack Swing hop of “The Sequence” and the shinier “Eeeasy” gets pretty dizzy at times. The surface of the songs here canget rough, but the end result still manages to be pretty chill, albeit in a way that will sometimes get you to double take. Get it here, or listen below.

Music remains one of the few passages between Japan and South Korea fostering good vibes in increasingly strained times between the two. Rap, in particular, has enjoyed quite the creative exchange in the 2010s, highlighted by “It G Ma,” but flourishing lately thanks to an underground rap community on both sides open to collaboration and inspiration. “Reflect Alone” offers a nice snapshot on this, while also presenting one of the more unique ways this interchange has blossomed. This number, by Chiba rapper PALM2REE featuring a guest verse from Gokou Kuyt, is a take on South Korean rapper Yuzion’s “Jealousy,” a twinkling number featuring a video borrowing from Japanese pop culture (and, you know, physically set there too). Watch that one below.

“Reflect Alone” recreates the beat — key to its charm, it sounds just off, giving this one a Silly Putty vibe to it — and lets PALM2REE bounce over it. Gokou Kuyt is always going to be near the top of our SoundCloud-era rapper charts around here, and their section proves a highlight, as they deliver a welcome bit of melancholic chilliness to the otherwise bouncy number. It’s sturdy enough on its own, but extra intriguing given how it draws across borders. Listen above.