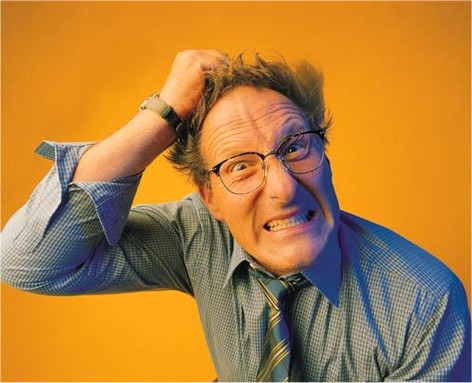 Dear all reviewers writing about The Suzan’s new album Golden Week For The Poco Poco Beat,

How ya doin’? First off, I’m glad you’ve taken the time to review the new album by Japan’s The Suzan out on American label Fool’s Gold. The few tracks I’ve listened to from it sound great and I’m happy to hear most of you guys (gals?) think it’s good. Seeing as I manage a blog pretty much devoted to Japanese music, it warms my cynical heart to see Western new-media outlets (read: blogs) devote a little coverage to music over here. So thanks!

That said…I’d like to humbly suggest a few tips I hope you’ll consider when writing any future reviews about this album, or any piece of music from Japan from here on out. Let’s get to it, shall we?

1. Not every Japanese band featuring an all-girl lineup sounds like Shonen Knife or needs to be related to Shonen Knife – Look, I understand the number of Japanese groups who made any sort of dent in the American music community conscience isn’t very long. So a group like Shonen Knife…who’ve been pumping out music for about two decades and come complete with a nifty link to Nirvana…gonna hang around. That doesn’t mean Shonen Knife should be invoked…or made a dominant part of the review… just because the newest group on the block happens to be from Japan and features nothing but women amongst its ranks. I mean, you should mention them if the band under the light also kinda treads similar water…unfortunately, The Suzan don’t. They certainly “rock,” but not much like the “Osaka Ramones” do. A few similarities don’t equal a warranted comparison. Speaking of…

2. Not every Japanese band sounds just like other Japanese bands – Japanese musicians certainly take cues from one another, but they also…especially the ones that manage to get any overseas attention…borrow heavily from Western music, almost more so. Yet why do reviews of The Suzan like the one above just mention Shonen Knife and Cibo Matto? The group even offered a great out for reviewers not to fall back on such lazy comparisons by hiring Bjorn of Peter, Bjorn And John to produce. Shouldn’t that get folks to compare them to acts like, uh, PBJ and Shout Out Louds, groups they sound way more like? Keep it in mind!http://makebelievemelodies.wordpress.com/wp-admin/post-new.php

3. J-Pop isn’t a valid way to describe how something sounds – J-Pop. Japanese pop. Pop music made in Japan. Much like American pop (A-Pop?) running from Lady Gaga to Taylor Swift to Lil’ Wayne, the actual sounds of J-Pop range from this to this to this to this. Not a unified style.

4. Not Everything From Japan Is Cute – I’ll concede the Japanese do value cuteness way more than most Western nations. On my 15-minute commute to work everyday, I pass by at least seven adorable mascots for services ranging from the nearby convenience store to the fire department. They gave the world Pikachu for God’s sake! And yet, not everything from Japan has to be cute. I’ll concede Shonen Knife, but what exactly makes The Suzan particularly cute besides their being Japanese? Part of this stems from just being surrounded by J-Pop that thrives on “cuteness”…Google AKB48, gasp, delete browsing history…and realizing The Suzan aren’t anymore “kawaii” (aside: stop dropping that word into reviews). Elements of cuteness? Sure. Enough to use the word “cute” and various similar terms frequently? No sir.

(I’m also not gonna touch the issue of “cute” being used way more when it’s a girl-centric band, mostly because a Google search reveals a fair amount of “cute”-age with Shugo Tokumaru and Cornelius. Though at a far lesser extent.)

5. Stereotypes! Probably not good about anyone. – All the Japanese-related stereotypes have basically covered…though “weird” probably deserves a shout-out – so let’s instead focus on generalizing the people who listen to this music. We return again to this URB review…also responsible for this post’s existence, so blame them!…which more or less declares the majority of American Shonen Knife and potential The Suzan fans as “creepsters” “with an obvious bout of yellow fever.” This has always been a super popular meme, the indie equivalent of making fun of folks obsessed with Gundam. So besides being pretty cliche…why break this out? The writer uses this mostly as a way of making an automatic blame source if The Suzan somehow don’t get too much success in the States, those “creeps” not appreciating the “considerable talents” of a band the reviewer wasn’t afraid to call “cute” and compare to other Japanese groups (almost like…stereotypes!). It’s weird and completely pointless…review the music perhaps…and comes off also a bit like whoever wrote this wants to appear “above” the hoards who only (potentially?) come out to see this group to get some ogglin’ done. Just…don’t.

Sorry for the lengthy letter, but together we can make life online a little better. I’ve also included a video of sliding down a slide to cheer us all up. Take care!