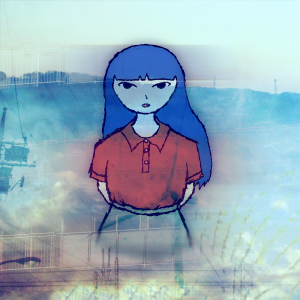 Two years ago, when I lived not in the hyper-speed metropolis of Tokyo but rather in the semi-rural mountains of Mie prefecture, I brought a friend from America who was on vacation to my then home. We spent a lot of time in my quaint city, population 80,000. We had spent nearly a week in Tokyo, and it was jarring for the both of us to come to this place, where the constant noise of the capital was replaced by a mid-summer silence, the scenery going from never-ending storefronts to space punctured only by the occasional chain store. One day, we were walking to the supermarket – because that’s what you do when you are bored in this place – and my friend said:

“This is like the Flint, Michigan of Japan, huh?”

Though I wouldn’t go as far as to compare my former home to an economically ravaged city like Flint, I would not deny that it was a place defined by an odd sense of suburban loneliness, of being cut off from the greater world and being given cruddy trains and McDonald’s instead. It’s a feeling bedroom-producer i-fls captures wonderfully on the aptly titled Residential Town Loneliness, his newest album and first for the American label Zoom Lens. The titles of the songs here set the scene – “Monorail,” “Used Bookstore Chains,” “After School,” “Local Line At Twilight.” i-fls himself only uses synth and beats here, yet from these minimal tools he creates songs that sound comforting but also always looking for something bigger. A healthy dose of adolescent nostalgia seemingly went into this recording – one pictures a high school student in the middle of class, staring out the window wondering what exists beyond here – but the subject matter (small town ennui) is universal, something millions of people experience or have experienced. Residential Town Loneliness firmly puts i-fls in the same category as Lullatone, another Japanese outfit known for simplistic music carrying heavy emotional weight. Yet that duo creates twinkling songs meant to evoke childhood, whereas i-fls pokes around the teenage years. This is a wonderful little album that takes the boredom of residential life and finds the richness underneath. Get it here.