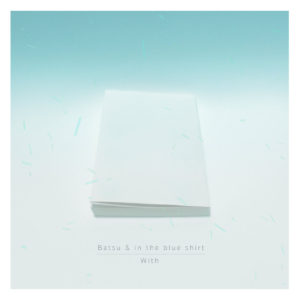 It’s fitting that this one pops up on my feed in the morning — “With” finds In The Blue Shirt and Batsu taking the sliced-up-vocal structure the prior has been making party starters and reflective numbers with for a while now, and restructures them for an airy number where the words still spill out fast but the music acts as a futon to make sure they hit just a little softer. It’s sweet and reflective…and it builds up to a great release in the final stretch, letting all those feelings that were absorbed softly early on to burst out. Get it here, or listen below.