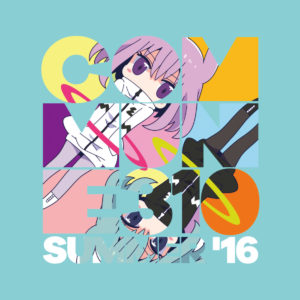 An overload of “kawaii” imagery always sets off alarm bells in my head. That can be unfair, but sometimes an overload of anime girl characters on a netlabel’s homepage or artwork makes me think the music is going to be pretty derivative, another producer trying to be Tomggg and not hitting the mark. The Commune310 Summer ’16 comp, though, delivers. It’s an eclectic set of electronic music via the label of the same name, and includes as chilled-out a beach dance number as I’ve heard out of Japan all year via producer Batsu’s “Tardily,” alongside a melancholy stutter-step number by Itoma and high-energy cuts from The Sub Account and Oblongar. There’s also someone named “Hoshmere Cat,” nice. Overall, a nice mix of tunes from burgeoning producers. Get it here or listen below.