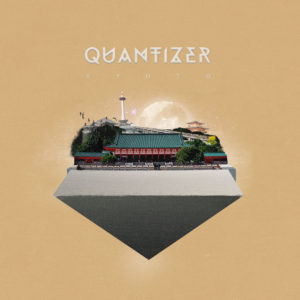 TOYOMU got all the attention for his imagined take on Kanye, but the young producer also co-runs a party / label out of his hometown of Kyoto called Qauntizer Kyoto, giving space for similarly cosmic-tripping producers in the Kansai region. Quantizer Sampler 2 is, fittingly, a great gateway to a collective taking the Brainfeeder-inspired deep-space beats that used to be an Osaka staple and running with it, the best cuts here being wonky affair taking cues from hip-hop but being unafraid to throw in messy synthesizer (“Leap Of Faith” by Dyelo Think and “Iiechid” by Ally Mobbs being sterling examples). It avoids the trappings of your usual beat collection by being engaging enough without an MC over top, though a few contributions (looking at you, Yotaro) could use it. And, if you need a hook, TOYOMU contributes two twisty numbers here, highlighted by the neon-tinted snaking of “Modern.” Get it here, or listen below.