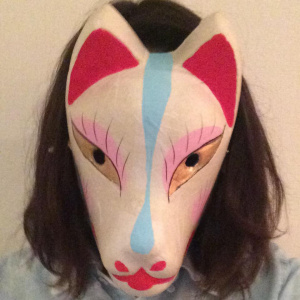 Ahhhh, another year in the books for the Music Alliance Pact, a monthly feature where blogs from all over the world share one song a month from a promising artist. To close out 2014, Make Believe Melodies swings the spotlight onto Kyoto’s There Is A Fox and his lovely “Sleep Well Sea Moon.” Listen to it – and many more great songs – below.

Based out of the city of Kyoto, There Is A Fox has kept quite busy in 2014. He launched a label, Dear Ear Records, and collaborated with the Los Angeles electronic artist Spazzkid on a song. Capping off a busy 12 months is a new EP, highlighted by Sleep Well Sea Moon. It is a sparse, reflective number highlighting the vocals, which ache with sweetness and longing.

Singer-songwriter Pablo Dacal (MAP February 2009) invited fellow musician and friend Fer Isella to perform a concert together. In return, Isella proposed that they record an album. After years of conversations they finally got together, then the two artists visited Ulises Conti (MAP March 2009) at his Buenos Aires studio and invited him to produce the album. Right there, the newly-form trio recorded piano, vocals and other arrangements. The resulting album is called Los Caminos and here’s the self-titled first single.

Steeped in a love for fuzz and 60s rock’n’roll, Melbourne trio ScotDrakula transcend the novelty of their name with songs so catchy they make Gangnam Style look about as appealing as week-old haggis. The band has just released their debut album and it’s drowning in two/three-minute garage super-soakers. Shazon is irresistibly charming, enough to convert the stalest individual to a headbangin’ conqueror of the dancefloor.

Cut Me Loose is the latest track from Toronto’s Lauren Malyon aka LYON. It’s a difficult one to get out of your head once you listen to it, like the girl next door you can’t forget.

The intermittent presence of Giancarlo Landini in the Chilean music scene is remarkable. From hardcore (Syndie), through indie-rock (Moreno), to pop and indietronic in his most recent project, SigObrilllAndo, Landini has proved himself as a restless and daring songwriter. Campeón, featuring Tessie Stranger (from Intimate Stranger), is a three-chord, clapping pop jewel with the perfect length: three-and-a-half minutes.

DENMARK: All Scandinavian
Waitress – Beneath Our Feet

A free soul roams around the city streets at dawn looking for a love to keep it tame. That’s the main feel we get from César Pineda’s debut EP, Alma Libre. The chillest vibes, soothing guitars and stories full of quiet feelings converge. Be sure to catch the rest of the EP, available as a free download on SoundCloud.

In Japan, “moshi moshi” is an expression meaning “hello”. In Ecuador, Moshi Moshi is an interesting new surf-rock/post-punk band. Formed in Guayaquil in 2014 with former members of The Cassettes and MuTe, Moshi Moshi release their second EP, Hello Hello, this month. Here is their first single, Boat.

Noise/experimental collective Snorg formed in 2002 and had been on hiatus for a very long time. They usually combine tracks sampled from anywhere with distortion, feedback and mumbling vocals. They’ve only performed live a few times and with some totally different members on stage. Their guitarist is rarely seen on stage with the band. This track might mark their return, but we never know for how long.

Formerly secretive artist Unknown, now outed artist OneKnown (get it?), Chris Hanna’s latest grimy beat-laden dubstep is exactly the kind of stuff Ireland is starting to see buck its well-established musical trends/clichés. Seemingly inspired by the likes of Burial and Flying Lotus, Hanna’s work is a whirling yet slow-building crescendo for the more discerning clubber. Record label Champion Sound isn’t short of acts just like this Belfast gem either.

UK born and Malta raised, Fraser is not a name many people know in Malta’s music scene, but it ought to be. Following a brief stint with Beangrowers (prior to their album releases), Fraser Gregory set out to find himself – travelling, writing and performing in various parts of the world. His album, A Garden At The Top Of The Tree, is available for free download via Bandcamp.

From Chihuahua in the north of Mexico, we introduce the quartet MAW. In the shoegaze/psychedelia of Padre Nuestro, MAW declares the universe as the one and only god and fills the space with this eight-minute piece full of hallucinative colours, dreamy vocals and mind-bending guitars. Check out their MAW EP for free on Bandcamp.

AmariyA recorded their first EP, Al Sur, in 2012 and want to rouse listeners with their energy and positive messages. The band’s sound spans rock, pop, funk, disco and jazz. The song Al Sur features the powerful vocals of Pamela Fajardo.

Filipe, Guilherme, Miguel and Henrique make up Old Yellow Jack, a new band from Lisbon. The Man Who Knew Too Much is taken their debut EP, Magnum, out in January 2015. You can watch the vídeo for this track here.

There is no better way to end this gut-punch of a year than with Dada Berlin’s snarling denouncement of misogyny, Siete/Trece, from their just-released debut split EP with Puerto Rico’s Hungary Hippos. Singer Pequeña Vera is a commanding presence, weaving her voice in and out of her bandmate’s punk riot, an operatic force soaring theremin-like above the noise one second and landing straight into full-on scream mode the next. It all pays off big time during the song’s explosive chorus, built out of the ashes of alt-nation to haunt listeners throughout our entire 2015.

What a thrilling way to end one year and usher in a new one. New Year Memorial sprang up in the last week of November with an intriguing pair of songs on SoundCloud: Lovers, with its introspective piano interlude making way for full-on bombast; and Noëlle, a lush head-turner bristling with warm strings and keys which we are privileged to offer as an exclusive MAP download. Until now, it has been the studio project of Iain Thomson, ably insisted by musician friends including singer Nicky McManus. However, New Year Memorial’s debut live appearance in January 2015 promises a full-band sound that’s punkier than what we’ve heard so far.

NegrøNegrø is a multidisciplinary project that mixes electronic music, visuals and generative arts. Their primary influences are Dirty Beaches, Dean Blunt et al. NegrøNegrø is the brainchild of José Venditti, an Argentina-born artist currently based in Madrid.d

← New Kindan No Tasuketsu: Kindan No Poetry Reading
Kyoto Is The Place To Be: New Label Nenene Releases NE-01, Featuring Kai Takahashi, In The Blue Shirt And More →