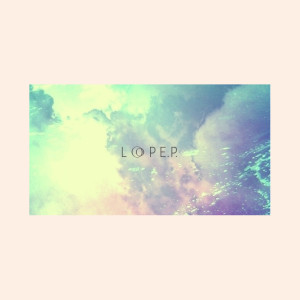 Time for MAP! This month, we refuse to let the summer end by focusing on Takeaki Oda’s “Loop.” Hear it…and many more…below.

The term chillwave presumably vanished from many music fans’ heads several years ago, but the microgenre persists in Japan, with lots of great results. Takeaki Oda is the latest Tokyo artist to embrace it and Loop is an absorbing number that makes dusting off classic terms such as “sun-dappled” worth it. He adds a level of familiarity by weaving in some childhood sounds, at least if you played the Nintendo 64.

With a career that spans more than 20 years, this independent prog-rock band from Ramos Mejia, a Buenos Aires suburb, performed a couple of shows last month after being inactive for quite some time. So we thought it was a great opportunity to share this fine track from Argonautas’ third album, also called Perfecto.

AUSTRALIA: Who The Bloody Hell Are They?
Jack Colwell – Don’t Cry Those Tears

On his latest EP, Only When Flooded Could I Let Go, classically trained musician Jack Colwell blends the popular and the arcane to stunning effect. He has a grand vision and the chops to pull it off, creating compositions that dabble in everything from chamber-pop to doo-wop. Don’t Cry Those Tears, a tribute to 60s pop, brings together strings, organ and a small choir with the seamlessness of a jigsaw puzzle. As a vocalist Colwell is often compared to Nick Cave and Patrick Wolf, and his performance on Don’t Cry Those Tears is an expert balance of melodrama and levity. He is undoubtedly an artist to keep your eye on.

Brazil’s most famous rapper, Emicida, has just released a new album in which he explores themes about urban life in his homeland, mixing it with African rhythms. In Mandume, he’s surrounded by a group of new Brazilian MCs: Drik Barbosa, Amiri, Rico Dalasam, Muzzike and Raphao Alaafin.

You may recognize Elissa Mielke (aka Mieke) as the model in The Weeknd and Drake’s video for The Zone, but she has her own thing going on. Her goosebump-inducing single Sleeping Alone reminds us all that there are worse things in the world than being alone.

Planeta No is one of the most promising acts in Chilean pop. Gonzalo García, Camilo Molina and Juan Pablo Garin, who released first EP Matucana in 2014, make perfect music for the dancefloor with guitars, synths and harmonies. The single Sol a Sol is taken from debut album Odio, which came out in August.

From Medellín, as part of the No Rules Clan, we introduce Anyone/Cualkiera, who have been making hip-hop for more than five years. Their latest work, Tiempo Libre EP, is very interesting, not only for its collaborations – which includes Kario One on En Cualquier Parte – but for its approach to old school and reflection of Medellín life.

Andes Music Machine were formed by Pinteiro, an electronic musician from Quito, and The Pineda Brothers, who belong to the indigenous community of Peguche in the Andes of Ecuador. They play Andean music with electronic and traditional instruments, creating a sound that represents new Latin American music beyond the popular cumbia.

Peonies are Cinta Marezi, Jodi Setiawan and Paramitha Citta. They come from Jakarta and love to sing and dance in an indie-pop style.

Having forged a reputation as a truly stunning live band, Overhead, The Albatross have finally unveiled the first single from their long-awaited debut album, out shortly. Big River Man is about Slovenian distance swimmer Martin Strel and contains the band’s usual swirling guitars and complex, beguiling layering. It’s loud yet nuanced, jagged yet melodic, and entirely instrumental. You need to hear it.

ITALY: Polaroid
Any Other – Gladly Farewell

Adele Nigro is only 21, but she has been making lovely folk-pop with intense lyrics and a strong attitude for years. She reminds me young songwriters such as Courtney Barnett, Waxahatchee or Eskimeaux. Adele recently formed a trio called Any Other, who released their debut album this month (available at Bandcamp) and it is the best new voice I have heard in a while.

Norm Rejection formed in 1994 and are the country’s first metal band to have both English and Maltese lyrics. With three albums and two EPs to their name, they fuse different styles into a distinctive metal sound. Norm Rejection are known for their songs of rebellion and liberation as well as their powerful live performances.

Based on the tracks we’ve heard so far from the upcoming Fantasías de Tocador, Selma Oxor appears to be stretching the electroclash foundation of her sassy project into nastier zones. Although musically more restrained (we have yet to encounter a killer guitar riff like the ones found in Dotes de Cocina or Jungle Juice) and naked, Oxor feels terribly confident in her vocal acrobatics that have been pushed to the foreground. In Luna Llena, the former Bam Bam member adopts a vamp persona while carrying a batch of bubblegum synths and a threatening ambience that’s as lustful as it is catchy.

Few Fingers (Nuno Rancho and André Pereira) release their debut album, Burning Hands, this month. They have a beautiful indie-folk sound, as you can hear on From Pale To Red, which is backed by this video directed by Tiago Gomes. Nuno Rancho was also featured in the Music Alliance Pact’s December 2008 edition when he released his first solo album.

Daydream Frenzy are one of the most promising alternative rock bands to emerge from Scotland in quite some time, with support from Kerrang! magazine and an endorsement from Tom Delonge of Blink-182 fame testament to the very obvious talent this Aberdeenshire trio possesses. Daydream Frenzy released debut album Pride & Wonder in March – seek it out on iTunes/Amazon/Spotify. Its title track (see video), presented here as an exclusive free download, perfectly encapsulates their appeal: jumbo choruses, exceptionally strong melodies and accomplished musicianship.