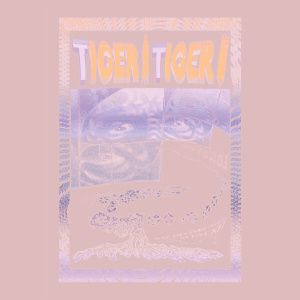 At the tailend of 2014, Tokyo duo Boys Age released what was a best-of collection of the prolific pair’s music. It was a needed album, as the group have released many EPs, albums and singles across all sorts of labels over the last few years, and finding a solid entry point was pretty tough.

A month after that collection, Irish label Little L Records released the duo’s latest full-length, Tiger! Tiger!, and…well, maybe that best-of wasn’t actually needed, because Boys Age’s latest manages to do just as solid a job introducing their off-beat style. This 11-song set appropriately wanders all over the place, from splashy psych-rock (“A Pair Of Eyes”) to sweetly sung indie-pop (“Is There Something You Want To Tell Me”) to stompin’ fuzz rock (“The Demolished Man”).

What pushes it an extra step…and makes it the best overall release from the duo yet…is how they push themselves out of their comfort zone. The easiest critique of their music up to now was that Boys Age were too reverent to their influences…they themselves trumped up their love of Yo La Tengo and other American indie-rock figures, and in many situations sounded a little too similar. Tiger! Tiger!, though, finds Boys Age zoning in on what makes them different…and pushing it. Mainly, it’s the singing — Boys Age’s lead singer has always had a weird sounding voice, like an alternative Muppet, and that has always added character to their guitar rock. Here, he makes it even stranger, at times sounding like he’s going to break down, or turning it into a bark. The music, meanwhile, features new flourishes too, such as strings (“Jaunte”) or a woozy sheen (“I Want To Hold Your Hand”). If their recent best-of was a starting point, Tiger! Tiger! is them zooming off the path wonderfully.

← The Truth Is In There: X-Files
Welcome Back Million Pavilions Records: Fortune-Tenkei-Vol.1 →