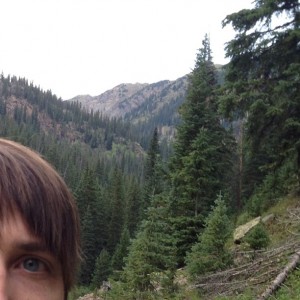 “I’m often guilty of writing songs that I have no business singing.” That’s Bob, the man behind Cloudy Busey, talking to Lights + Music about his newest song “havUever.” He goes on to say this could work as a Justin Bieber number, and offers the track up to Biebs if he happens across it. He’s right that “havUever” is the sort of song Bieber could kill on – the glassy synths and the beat leave space for vocal fireworks, in particular an especially spacious section late in the track. In Bieber’s hands, it would be a chance for him to show off his vocal chops.

Thing is, “havUever” still sounds great when Bob handles the singing. It just has a different mood than what one imagines a massive pop star would bring. Bob’s vocals…as they have on previous Cloudy Busey songs and on Ice Cream Shout tracks like the still-affecting “Tattooed Tears,”…adds a vulnerable, human touch to this song. His is an undramatic delivery that sounds more sincere…it is more realistic, and thus leaves more of an impact to others who have trudged the same paths he has. And for all of this talk, Bob actually sounds really good here. This year has seen him gaining confidence in his vocals, as evidenced on his previous Cloudy Busey releases. Justin Bieber might sound great on this, but the current incarnation of “havUever” has a beauty all its own.