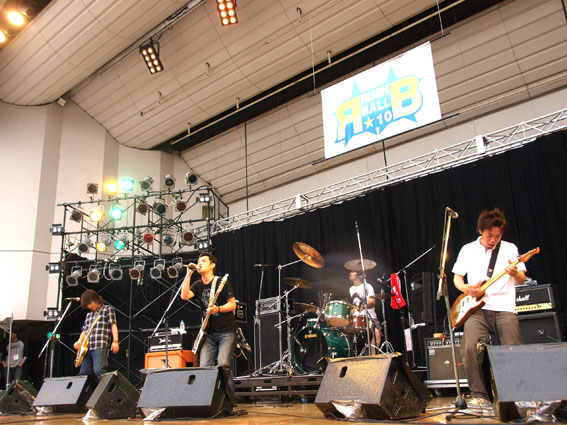 For some reason, I’ve never written about Frontier Backyard before despite the fact I’ve seen their name all over the place during my time in Japan. FB can easily be compared to Cubismo Grafico Five, but a bit more reeled in. Basically, Frontier Backyard come off as more focused, a group capable of writing really great pop-rock songs anchored by fancy guitar work and a healthy amount of keyboards. You wouldn’t expect them to toss patience aside, for example, and come up with something as manic and out-of-left as Cubismo’s Double Dozen – they’d probably edit themselves a bit and just release a dozen tight numbers.

They’ve got a new album out in July called Sunset, Sunrise and “Everything” stands as the lead single. It’s quality Frontier Backyard, bursts of synth wrapped around jumpy guitar playing and bouncy vocals, everything colliding together come the French-dropping chorus. It’s a la-la-la workout unafraid of dashing forward with little instances of eyes opening. Nothing truly mind-bending but power-pop done exceedingly well. Listen below.