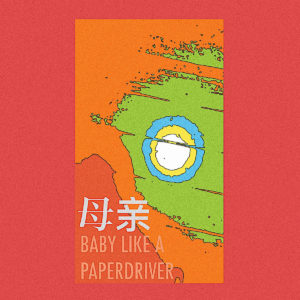 Had you told me the first great album to come out of Japan in 2018 would arrive courtesy a Saitama genre-skipper who seemed like Ano(t)raks strangest inclusion in some time, well you definitely would have surprised me. But that’s the joy of doing this, hearing an artist like Mom deliver something like Baby Like A Paperdriver, a set overflowing with excitement to just try things out, without any fear of crossing invisible boundaries. Hints of this cropped up on last year’s strange but charming G.E.E.K, a set blurring the line between metropolitan sprawl pop, hip-hop and netlabel-leaning electronic. But everything clicks together on Paperdriver, where the 20-year-old university student really hits on something fully formed.

Rap, ultimately, feels like Mom’s base foundation, though the music he builds on top of that can’t be classified as simply that (Mom themselves writes that they are neither a rapper or “band man”). “Cinema” finds Mom singing and rapping over a dreamy backdrop, interrupted by splashes of guitar and psychedelic effects. The same hazed-out vibe runs through the laid-back “Reminiscence,” the one hold over from G.E.E.K, while “Man After Man” follows that up with a chugging number built around a multi-tracked chorus that reminds me of Sugar’s Campaign, and accented by lovely chimes. You think this would be enough to put your thumb on Mom’s style, but then he twists into something like “Moshimo Kimi No Guitar Wo Moyasetara,” an acoustic-guitar guided meditation. Or just listen to the sparse rap of “Kninaru Ano Ko,” Mom’s best vocal performance on Paperdriver and a song boasting a flute appearance that is the best Fishmans tribute I’ve heard in a few years. Then you hit the highlight, “Tokyo Instant Babys,” a woozy lurcher just packed with great sounds — a flute, an Auto-tuned voice that sounds like a dinosaur, rubbery bass.

Paperdriver overflows with ideas, and finds an artist throwing themselves into them to see what comes out of it. And the end result is a constantly surprising set that refuses to tie itself to one genre, because Mom knows the real fun rests in bouncing like a ball off a bunch of different sounds. Alongside artists such as Native Rapper and Fuji Chao, Mom jumps out as an artist embracing an idea pushed forward by netlabels at the start of the decade — do what you want, regardless of what is expected, and then push it out online — and ends up creating some of the most interesting music in the country. Get it here, or listen below.