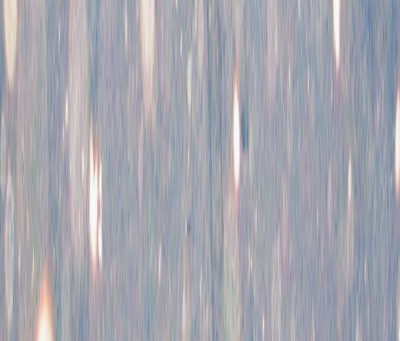 What got us excited about mus.hiba back when he uploaded “Magical Fizzy Drink” was the fact the young Tokyo producer used Vocaloid technology, the singing-synthesizer software often bundled with cute anime characters, to create music that was experimental. His use of Sekka Yufu (one character) is really important for showing the potential Vocaloid holds as an instrument, but it’s important to remember that dude makes really fantastic music that just happens to incorporate digitally created voices. His newest song, “Slow Snow,” once again casts Yufu into the featured spot, but it’s a beautiful, intriguing track because of mus.hiba’s attention to detail. In the same way “Magical Fizzy Drink” had a bunch of sounds buzzing around to create something dark but warm, “Slow Snow” hides a lot of strange touches underneath the glistens and twinkles up front. The main synth, for example, sometimes gets its pitch bent for a second before snapping back into place, an effect that ripples the song a bit and disrupts the sonic splendor. Then is his use of Yufu’s voice – she sings in slow digital muffles, and elsewhere mus.hiba warps her voice into a deeper, more masculine sound – one creeping around the main synths – that is especially critical in making this darker than it seems. Listen below.

Continuing with the snow theme, mus.hiba will release another new song on a compilation album called Singing In The Snow, which gathers artists who all use the voice of Sekka Yufu in their music to make winter/Christmas themed music. Here a snippet of his song “hidamari” over here, though you can just wait until a full version drops and read about it here.