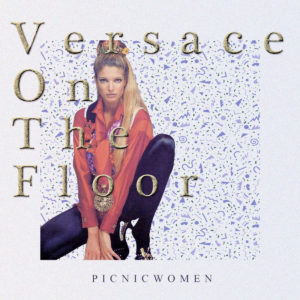 Picnic Women deals in samples, turning familiar songs (in most cases) into warped juke numbers. They are rarely as direct with what is going on as with “PICNICWOMEN On The Floor,” which lays out the idea right in the title. This is Bruno Mars’ sultry “Versace On The Floor” — the slow-dance/make-out session counterpart to the stupidly fun funk-pop of “24K Magic,” in case you were wondering what Bruno Mars is up to — chipmunk’d up and given the Picnic Women treatment. Which is to say, the producer speeds everything up and swaps out the fireside romance for Sonic-speed dashing that reveals a new side to the song…and becomes downright delirious when he just throws the vocals to the side and let’s the music tumble forward (ESPECIALLY the late song heavy pounding). Get it here, or listen below.