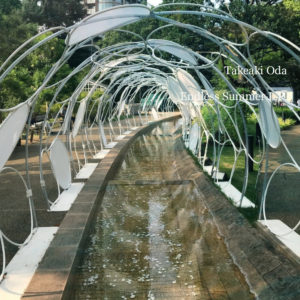 Endless Summer gathers a handful of previously released songs from chillwave disciple Takeaki Oda and also introduces a few new ones to the mix too. I’ve written about many of the numbers that make a repeat appearance on Endless Summer, and they remain nice replications of chillwave wooze built for zoning out (and maybe…just maybe…at a point when the musical ideas that fueled that niche-genre are reappearing?). Newer inclusions depart a bit from the laid-back vibes in favor of something more end credits and M83 — see the driving “The Dream Of Ghost Shyoujyo” for the best example of that. The key, though, is something to melt alongside with during hotter times, and this does a good job compiling those numbers. Get it here, or listen below.