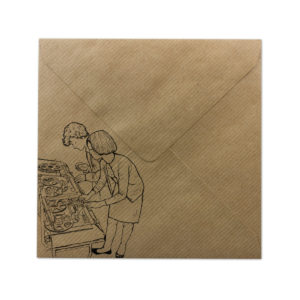 Noah has long collaborated with artists around the world via email — whether they be beatmakers or vapor-rappers — and despite physical distances, the end result tends to impress. Her latest digital correspondence comes with Montreal’s Johnny_Ripper on the Jona album, half the songs done by him and the other by her (though they feature on both). The Johnny_Ripper side skews closer to the woozy, barely-there sounds that helped make Sivutie our favorite album of last year, accented by real-world sounds (a typewriter, on opener “Typing”) and by subtle smudges of Noah’s voice. They even make an a capella song that is nice to let swirl around you.

The Noah-fronted side, meanwhile, opens with “Knowing,” which staggers about on Parisian sounds and features spoken-word interludes. It’s one of the most playful things she’s made since working with Siddiq, but still befitting of her secret-world charm. That carries across her other two contributions, and Jona ends with remixes of each artist’s previous work by one another. Get it here, or listen below.