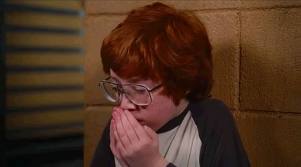 Let’s get technical for a second – “indie pop” should refer to a very specific type of sound. It’s the sub-genre overflowing with “jangly” guitars and a general “sunny” theme. It’s still pretty vague, but not nearly as “twee.” Twee is a state of being, almost a choice…indie pop doesn’t necessarily need to be twee, and plenty of genres dabble in twee. Like this silly little favorite.

One Day Diary don’t sound like indie pop, but they certainly exude tweeness. The duo mostly ignore guitars on recent tracks like “Nice 2 Meet U,” relying mostly on electronics and vocal distortions to carry the track. Even more beat-centric is the curiously named “Lullaby 4 Funk Monks.” It sounds like a bedroom-produced dance single, but still screams twee mostly courtesy of the ennui-tinged lyrics. They are sweet songs, which you can listen to here.