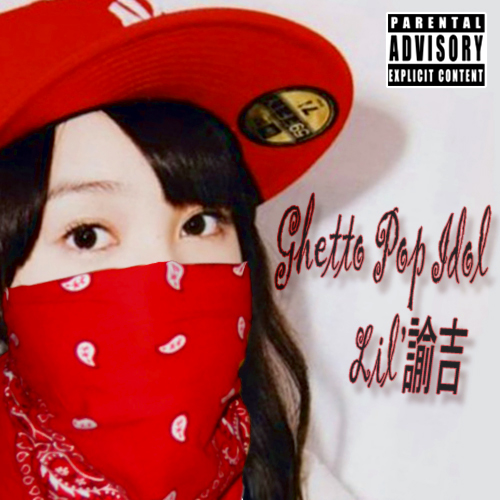 I am usually hesitant of artists remixing J-Pop into another form for a handful of reasons. Usually, I’m happy with the original pop form of song in question, and don’t need a remix. I’m also put off by the idea – implied or sometimes directly stated – that J-Pop (and often just pop) is an inferior style of music, and that the only way to appreciate J-Pop is if a guy mutates it into a chopped-and-screwed number or a techno remix or something.

So color me surprised when I heard Ghetto Pop Idol – a five-song album wherein producer Lil’ Yukichi takes popular Japanese songs and mutates them into hip-hop beats. Even more surprising, it won me over using two of my favorite J-Pop artists – Kyary Pamyu Pamyu and eternal-sacred-cow Perfume. The first track here finds Yukichi slicing Kyary’s twinkling “Giri Giri Safe” into a woozy beat, one that avoids the mistakes some producers have made when trying to manipulate Kyary’s music – like, just slowing the tempo down and calling it a day. Yukichi takes the song and, without losing what makes it unique, creates something new out of it. His version of “Plastic Smile” is even more radical, cutting Perfume’s vocals into second-long bursts and piling them on top of one another to make a trunk rattler. The other big treat on Ghetto comes when Yukichi takes Aira Mitsuki’s “Knee High Girl” and transforms it from technological overload to something a bit more tense, alternating between subdued passages and moments of pure digital release. Here’s a blueprint of how to remix J-Pop. Get it here.