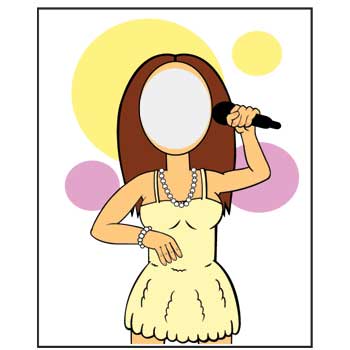 Let’s dive right in as I have a very busy day ahead of me.

Talked about…and heaped praise on!…this one last week. Song remains the same, a surprisingly out-of-the-box Johnny’s single incorporating Russian-evoking strings to make one of the more interesting Johnny’s releases as of late. The track comes bundled with an official video now and it seems like it belongs with a far more bland pop number – the mannequins in KAT-TUN stare at the camera while moving their hands around TO SHOW THEY CAN EMOTE while also showing off some radical new choreography. Run-of-the-mill clip for a tune that’s nothing but…given the standards we are working with of course.

Koda Kumi’s formula for being “the most talented girl on the planet” as she intones in the opening lines of “Pop Diva”: one part Ke$sha biting, a little Auto-tune smeared onto the chorus for no reason and a whole lot of Euro-house influence oozing out of that backing music. Though the answering-machine flashes sound like a breath of fresh air in the Koda-ography, the basic idea of “Pop Diva” doesn’t stray far from what she’s been doing as of late- making loud, thumping pop way more “in your face” than what’s currently floating around the shelf of your local Japanese department store. New garish mink coat, same ol’ Kumi.

Can’t seem to find this song or really anything about this group called “The 810.” Except, that is, for their official web site which might very well feature the single “WHO AM I” though it could also be some long-lost track released back in 2007 or something. If the song you can hear here IS “WHO AM I?” well, it’s probably for the best I can’t find a full version. It jumps from big dumb modern rock to twinkly 80’s synth to Santana-laid-back guitar before the sample cuts off. A little overcooked in only 20 seconds…if, ya know, it’s the right song. Standards, what are those?

If you haven’t noticed by now, I’m sort of making this week’s installment shorter because, truth be told, I’ve had a lot of computer drama and a few other jitter-inducing moments. Well, that and one song thus far has already been talked about and the other has gone into exile. I wish I could spend 500 words telling you why Koda Kumi still hasn’t made a good single but I need a little break.

That’s a tough break for Shibasaki Kou, because “無形スピリット” deserves a lot more praise than I’m about to give it. The ultimate fun fact about Shibasaki is that she played the role of cold-blooded Mitsuko Souma in the movie adaptation of Battle Royale. Considering how that role seems to be her defining acting credit, it’s surprising to hear her being so warm and fuzzy on “無形スピリット.” Opening with a skittering Perfume-impersonation, the single soon bounces into full gear – the beat does its job while the guitars strut away. Shibasaki delivers a reeled-in vocal performance, one hinting at withheld longing that seems reinforced by the way that voice nearly breaks come the chorus, joined by fuzzy guitar trying to rip through the very fabric of the song itself. Whoever pieced this together worked in enough little touches to make it interesting for the full four minutes – Shibasaki’s voice bubbles up deep in the mix, and all sorts of strange electro-effects

“無形スピリット” sounds like a slightly more dynamic version of the one-off artist LANDS’ “Bandage,” down to the stop-motion-heavy video. Again, another day this might warrant more words but for now – hell of a pop joint.

Sorry for a faulty memory, but I believe I once read somewhere in the Japan-blog sphere that some folks believe Nishino Kana has a very real chance to turn into one of those idols. Not the sort appearing in convenience store ads one week before dropping off the face of the Earth the next. The polar opposite – the kind who stay around way too long.

I understand what this hypothetical person meant. Nishino’s formula works like a charm, fusing the here-to-stay-until-the-sun-burns-out J-Ballad with the thump of contemporary R&B. It’s a smart strategy – take a ubiquitous song structure and shoot life into its veins. Latest single “Distance” doesn’t dare break from this blueprint, instead embracing what has turned Nishino into an Oricon-topping artist. This is one of the more uptempo numbers Nishino has released to date, the beat fluctuating from “fast” to “illogical” right before the chorus. The whole shebang gets coated in glitter and stardust…as any ballad would…but it’s the dance-beat breaking through that makes sure this doesn’t dissolve into liquid Lisa Frank. Holding it all together is Nishino’s voice, a versatile wave capable of purring a line like “I don’t know what to do” before surfing the chorus and then going full-diva (this is how you do it Kumi) near the end. Maybe the future of J-Pop won’t be so bad if Nishino sticks around near the top.

OK first off…who the fuck says to themselves “I’m going to make a 14-minute-long music video where nearly nothing of interest happens for seven minutes?” Eventually we find out the main karate dude in this clip who was off to do something important has I guess a heart attack…SPORTS CLICHE…so he ends up in a hospital bed. The actual song doesn’t start until the 8:30 mark. This isn’t “Thriller” jackass.

And after all the melodrama, the world ends up with THIS boring rag of a song. Yusuke makes annoyingly chipper pop that sounds like it should be soundtracking a nursery but somehow ended up being the afterthought to some dopey short film. At least Lady Gaga has the courtesy to include funny bits like cigarette glasses in her long-ass videos – this gives us shots of bare feet walking on the sidewalk. Give me my 14 minutes back world.