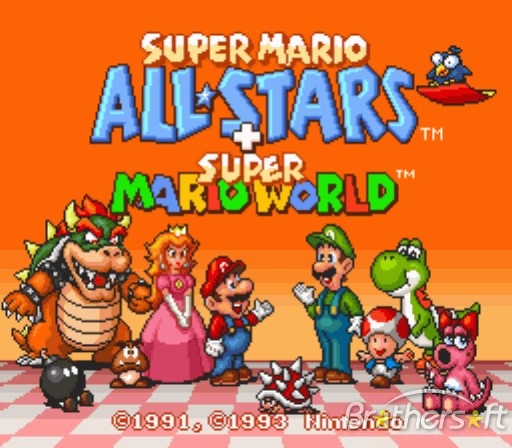 Update: Turns out this addition of Music Station doesn’t run until October 1, meaning I was a whole week early. Well…I guess you can get really comfortable with the songs now.

This week’s Music Station seems packed with a lot of big names. I guess they want to start fall off right. Let’s get into it.

Textbook superstars Arashi’s last two singles went for a slower, more emotional sound than their other, more goofy-fun 2010 output. Those two songs, “To Be Free” and “Love Rainbow,” managed to sap Arashi of the charm that helped them to be slightly more enjoyable than the rest of the Johnny’s roster and also sort of just sucked. Now comes the dramatically titled “Dear Snow” that goes one step further than those last two releases – those two songs, though sappy as a Vermont maple, still tried to be pop hits within the group’s wheelhouse. “Dear Snow” isn’t – it’s a straight up J-Pop ballad serving as the theme song to some movie one of the member’s of this group stars in. If overwrought emotional pop doomed those last two singles, this latest one should be approached like the Hindenburg.

Bet you saw this coming then…surprisingly “Dear Snow” actually comes off way better than either of those two weenie jams. I’m thinking the main reason for this is how this doesn’t hide the fact it’s a big, dumb ballad whereas “To Be Free” and “Love Rainbow” featured ideas (a dancey beat! Electroinc sounds!) that could have been great pop building blocks but felt totally wasted. Knowing this will be a ballad, the listener can adjust expectation accordingly…and when lowered to the usual level I expect J-ballads to go, this one isn’t half bad! All the woodwind touches and bells scream “holiday release” but I guess movie release dates can’t be stopped. “Dear Snow” never cheeses out too much (comes close though) and features some catchy bits of instrumentation lurking around the bottom…check the bass…which is way more than most J-ballads usually offer. I wouldn’t say Arashi are back on track just yet, but at least they aren’t letting us down with this one.

Speaking of expectations…I fully expect everything Kanjani Eight to turn to gruel, whether it be an upbeat pop track, a ballad or spoken word poetry. For a second, my world appeared to be ready for a shake-up, as the octo-dweebs latest song opens up with some sweet-as-hell horns and percussion, hinting at some semi-funk, semi-Latin laced track that could very well make for a great Kanjani Eight single. Thankfully, order returned quickly when the dudes in the group show up and proceed to do nothing interesting with such an excellent sound except strain their voices and add a clunky guitar solo over the part of the song I actually want to hear. A great sounding idea gets slept on in favor of a Happy-Meal-coloring-book-safe J-Pop go through. Tragic, though hey, that’s what I expect from these dudes.

The song here I could care less for – it’s not particularly good or bad, just a completely “meh” track lacking much energy and seemingly destined to play out of car stereos twenty years from now when the driver feels “nostalgic” for something vague. What is kinda great about Spitz latest single, though, is the video above. Mostly because it features an animated polar bear acting like people and watching “Polar Bear News.” Cute stuff.

(If have no idea if this song has anything to do with Naruto, and I don’t care to find out.)

Kana Nishino sure knows how to beef up her otherwise lightweight pop songs. Though she’s prone to Alex Smith-like blunders…see the candygram of a song “Best Friend”…she also can transform what should have been a boring bit of emotional pap into something with a backbone. She does just that on “If,” throwing a slick R&B-lite beat and all sorts of other bells and/or whistles at a song that could have actually turned into a ballad in another lifetime. Her attempt to spice “If” up sometimes goes a little Transformers 2 by cramming too much in – the backing vocals come chorus time distract from Nishino’s pretty voice, which especially shines at that point. It sometimes gets to crowded and wears out its welcome by the four-minute mark, but “If” shows how to save a potentially dreadful J-Pop number by throwing in a sweet beat.

“Computer City” came out in 2006, so I’m not sure why Perfume will perform it this week, especially when they have modern-day monster song “575” just begging for an awesome, neon-clad live performance. Nonetheless, this odd occurrence gives us a chance to see just how far Perfume have come in four short years.

There exists some people…at least based on a few dips into the Perfume fan community plus those other souls devoted to writing about Japanese music…who much prefer the Perfume before Triangle to the one we have today. It’s not hard to see where they are coming from because the trio did sound different, though not really in a sonic way. They’ve always been about stuffed-to-the-corners electro-pop, but these earlier songs resemble dance music with some pop elements integrated into them than the more straight-ahead (for Perfume, more on that in a sec) pop songs of today. “Computer City” takes very few turns during its 3:29 run time, the pounding beat plunging away the whole time while the group adds some sweetness to the whole thing. Perfume are vital to this song because they provide the necessary vocal hooks to keep it interesting…but “Computer City” isn’t terribly ambitious. Which is fine, as it’s a great piece of electro-pop dance music that still kills as we enter a new decade.

Yet what makes me prefer modern-day Perfume to the “Computer City” group is that they moved a bit away from dance and more to pop. Since then, they’ve brought a lot of ideas found on “Computer City” and transitioned them to the more rigid world of Japanese mainstream pop. Making great dance music is fine and all, but Perfume have taken those same elements and made amazing pop tracks using those same ideas that push J-Pop into fascinating new directions.

Can’t find a full clip. But the preview clip shows the band performing this song in a school yard. That’s cool, right? The song doesn’t sound particularly thrilling, maybe a little more energy than Spitz but that’s all the praise I can heap at it with what I know.

Winner Of The Week – Could give it to Perfume, but that seems a little cheap. Instead, lets show Kana Nishino a little love.