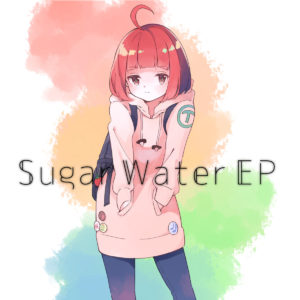 All good series have three parts! One and two here.

Nagoya’s Tomatoism isn’t a completely fresh face in Japanese underground electronic scene. The producer contributed to this late 2016 compilation, while also releasing this anime-centric set under the name Tomato Chan around the same time. But in 2017 they started dabbling in a sound closer to the current crop of “kawaii” producers — while venturing beyond that tag plenty, too. The Sugar Water EP is Tomatoism’s most refined release to date, finding just the right balance between more fragile instrumentation and more jacked-up sounds. Opener “Recall” matches bells and pianos with synth wooshes, building up towards a drop, albeit one that still has a lot of heavy thoughts on its mind. The other two Tomatoism originals — two remixes round it out, alongside a piano take that feels like an inessential bonus — pick up the pace, the cicada-accented “GF From The Countryside” breaking into a sprint while “Hyper Urban” just jackhammers away from the start. All the while, bass and hard-hitting beats crash into it, never knocking the songs off but adding new layers to it. Get it here, or listen below.