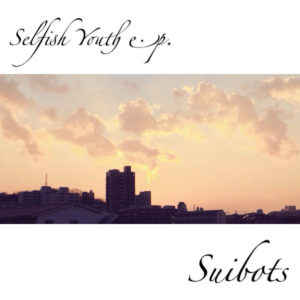 Maybe indie-pop just hits better on late afternoons, especially on busy days where you kind of rather would just be sprawled out on a couch, but Suibots’ recently released Selfish Youth EP sounds particularly nice today. It is a brief four-song set, a synth-accented collection borrowing from the melancholy and, at least on “April Youth,” the swaggering confidence of U.K. indie pop from back in the day. Which is par for the course, but Suibots does it well here, especially when really ramping up the earnest reflection on numbers such as “Give Me Blue” and closer “Sushi Wave.” Get it here, or listen below.